Un-Learning from Lynch: Cinema and Architecture in the Alley Behind the Marketplace 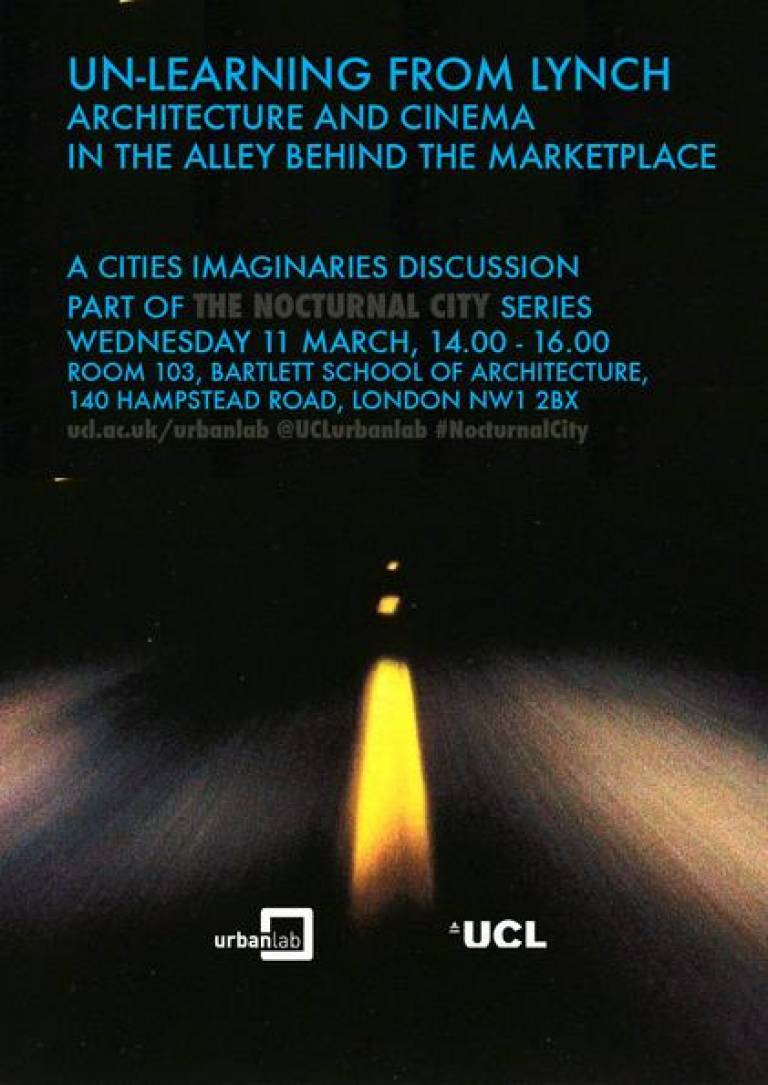 How might the work of the American film director David Lynch speak to contemporary urban and architectural concerns? Part of The Nocturnal City series

Drawing on his recently published book The Architecture of David Lynch, Richard Martin will discuss how the worlds Lynch has built and filmed force us to confront the strange forces involved in urban change, the social relations architecture constitutes, the uneasy feelings of being at home, and the presence of the past in the spaces of the present. In the words of Peter Eisenman, 'All our lives are spent learning how to get it: Lynch un-learns us'. The discussion will be chaired by Iain Borden (Professor of Architecture and Urban Culture, Bartlett School of Architecture).

Dr. Richard Martin works at the intersections of film, art and architecture. He is the author of The Architecture of David Lynch (Bloomsbury, 2014), and his articles and reviews have appeared in the European Journal of American Culture, Senses of Cinema, Apollo and The Modernist. Having completed his PhD at Birkbeck, University of London, where he taught literature, visual culture and critical theory, he is currently a Teaching Fellow at King's College London and a Visiting Lecturer at Middlesex University. He is also the organiser of a series of public events and courses at Tate Modern.

The discussion is part of Urban Lab's Nocturnal City series, exploring how the introduction of gaslight and electric lighting into cities led to the expansion of urban night-time activity, creating new social customs, forms of leisure, opportunities for work, and power inequalities. Two film evenings will take place in April and May.