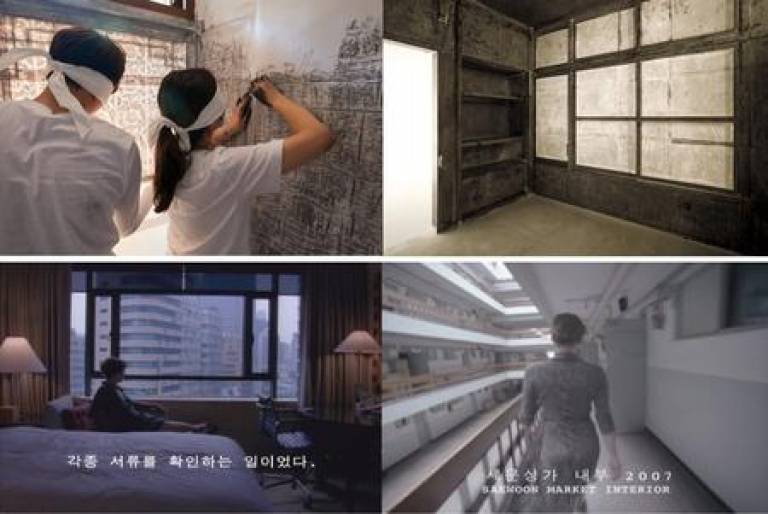 In Wasted Lives: Modernity and Its Outcasts, the sociologist Zygmunt Bauman argues that the waste management and security industries are modern inventions inevitably created in the process of making a modern city, yet society endeavours to make the existence of these spaces invisible in the public realm.

Drawing on Bauman's idea, 'surplus space' refers to physically and socially wasted territories, which certain social criteria has assessed to no longer be of use. Ironically, unlike the excess volume represented by the term 'surplus,' the space itself is often invisible or non-existent.

In this talk, Jeong Hye Kim focuses on the practices of South Korean artists (such as Do Ho Suh and Sung Hwan Kim) who seek these invisible traces of urbanism, which have been removed or hidden as a result of turbulent historical change and regeneration. Jeong Hye will use artwork created by Korean artists to demonstrate the different methodologies used to grasp the invisible and reconstitute their location of historical space-time.

Jeong Hye Kim is a researcher and editor/translator in Korea with a primary focus on architectural design and art in urban settings. Currently a research fellow at the UCL Urban Laboratory, funded by the Korea Arts Management Service,  she is also a PhD candidate at The Bartlett School of Architecture, UCL inquiring into the identity and meaning of the Nanjido landfill park within the urban ecology of Seoul. Her government-commissioned public research includes the visual-spatial plan for the New Seoul City Hall (2013), the master curatorial plan for the National Design Museum of Korea (2012), and the master curatorial programme for Dongdaemun Design Plaza (2012). Selected translations include Hal Foster's The Art-Architecture Complex (2014) and Charles Jencks and Nathan Silver's revised version of Adhocism (forthcoming).

The talk is open to the public and no booking is required.