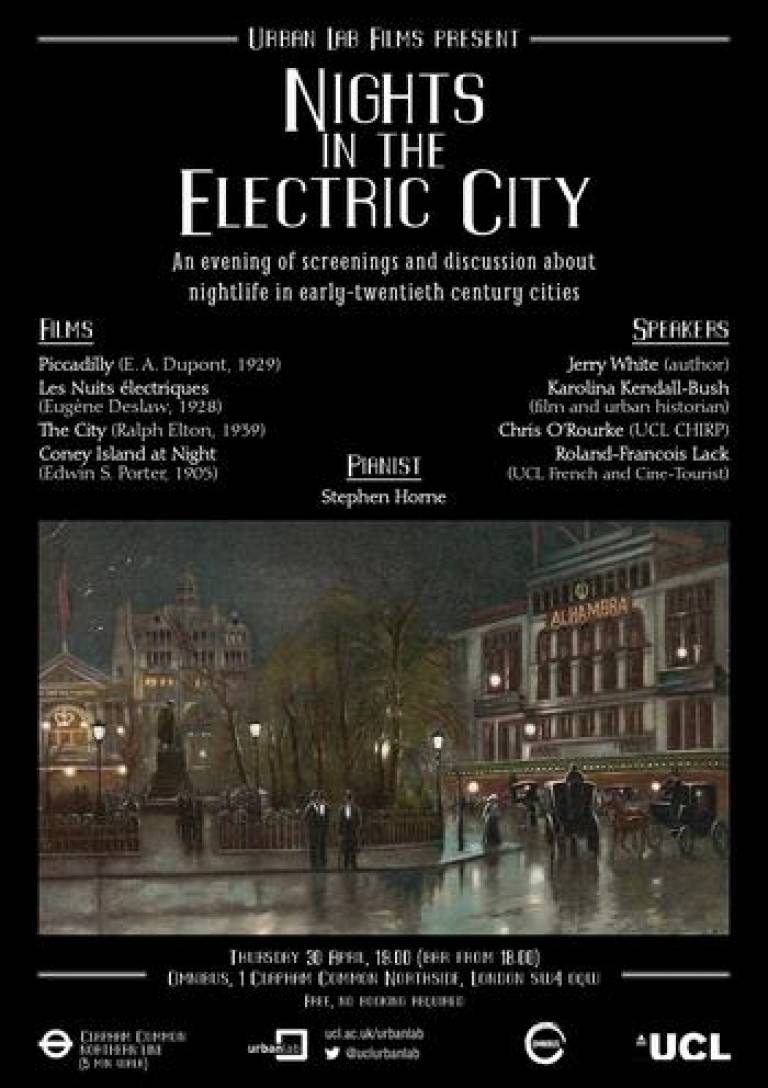 An evening of screenings and discussion about nightlife in early-twentieth century cities, with live musical accompaniment by one of the UK's leading silent film pianists, Stephen Horne.

The introduction of gaslight and electric lighting into cities in the nineteenth century led to the expansion of urban night-time activity. This created new social customs, new forms of leisure, new opportunities for work, and new power inequalities. Writers, artists and social investigators have lingered in urban spaces after hours in efforts to experience, document or regulate city nightlife, presenting the nocturnal city equally as a place of celebration and as a place of risk.

The films shown reflect the variety of attitudes towards the nocturnal city across different historical and geographical contexts.

We are delighted to announce that the award-winning silent film pianist Stephen Horne will be joining us to bring his electic brand of musical accompaniment on the evening.