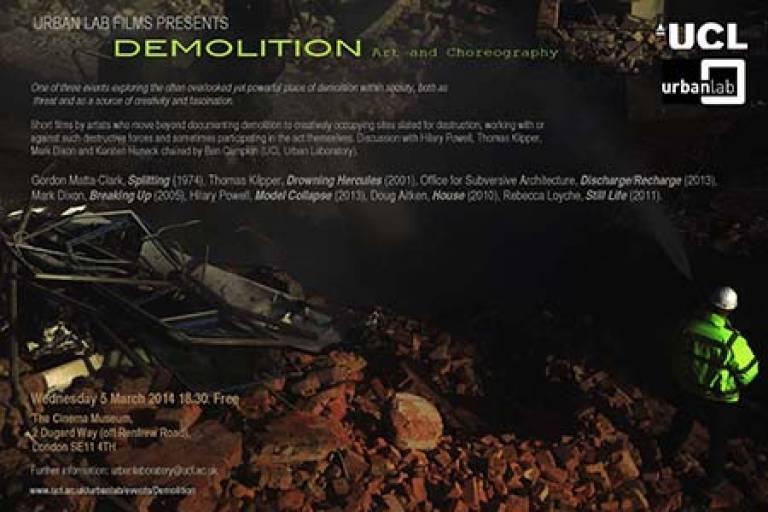 Join us for the second event of Urban Lab Films DEMOLITION season, 'Art and Choreography'. We will be exhibiting short films and presentations by artists who move beyond documenting demolition to creatively occupying sites slated for destruction, working with or against such destructive forces, sometimes participating in the act themselves.

There will also be a discussion with Hilary Powell, Thomas Klipper and Karsten Huneck, chaired by Ben Campkin (Director, UCL Urban Laboratory).

The event is free and open to the public. The DEMOLITION season examines the often overlooked yet powerful place of demolition within society, both as threat and as a source of creativity and fascination. For more information please contact urbanlaboratory@ucl.ac.uk.