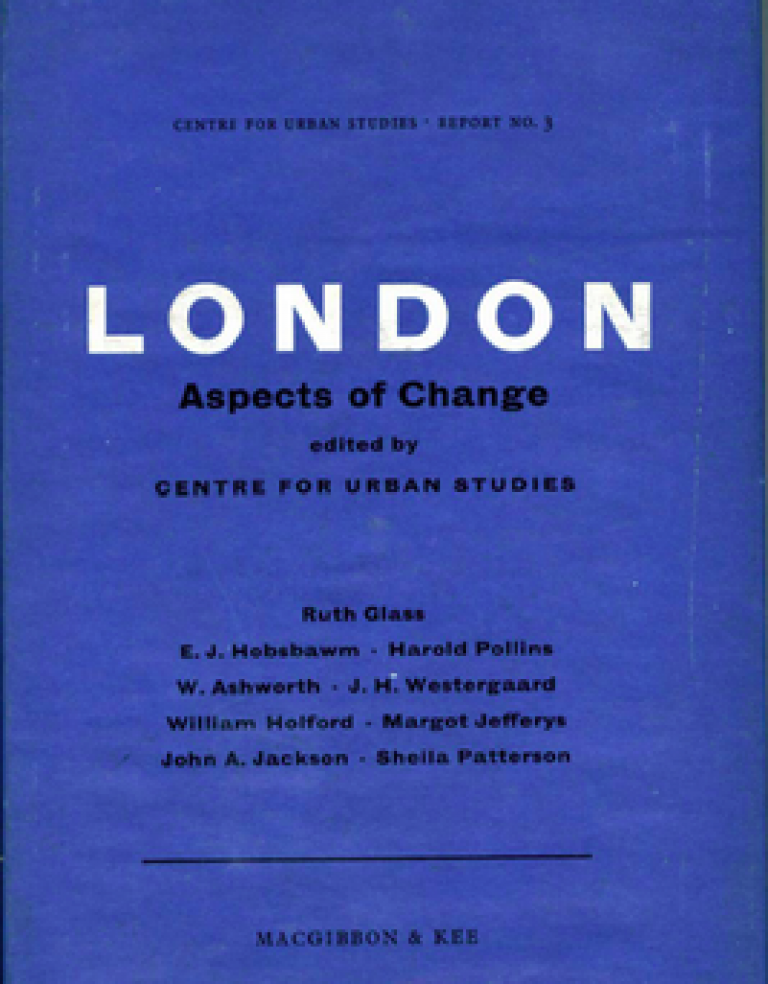 In 1964, the Centre for Urban Studies at University College London (UCL), led by Ruth Glass, published the book London: Aspects of Change. This brought together ten chapters by sociologists, geographers, planners, historians and health scientists to sketch a general social profile of a city that had undergone rapid contemporary change. The book today is perhaps best known for Ruth Glass's coining, in her carefully crafted introduction, of the term 'gentrification', which has subsequently spawned an extensive and ever-growing field of urban research and debate.

This event to be held at UCL, fifty years later, will reflect back on London: Aspects of Change and explore how its arguments, details and rationale are still relevant to thinking about and exploring twenty-first-century London. The event will investigate aspects of how London has changed - or not - over the half-century since the analyses and predictions were made in this book. Issues such as high-density housing, race relations, metropolitan governance, land values, transport access, and not least gentrification continue to play a major role in cross-disciplinary debates and discussions on London's contemporary transformations and its future aspirations.

This event has kindly been supported by the the UCL Grand Challenge for Sustainable Cities.