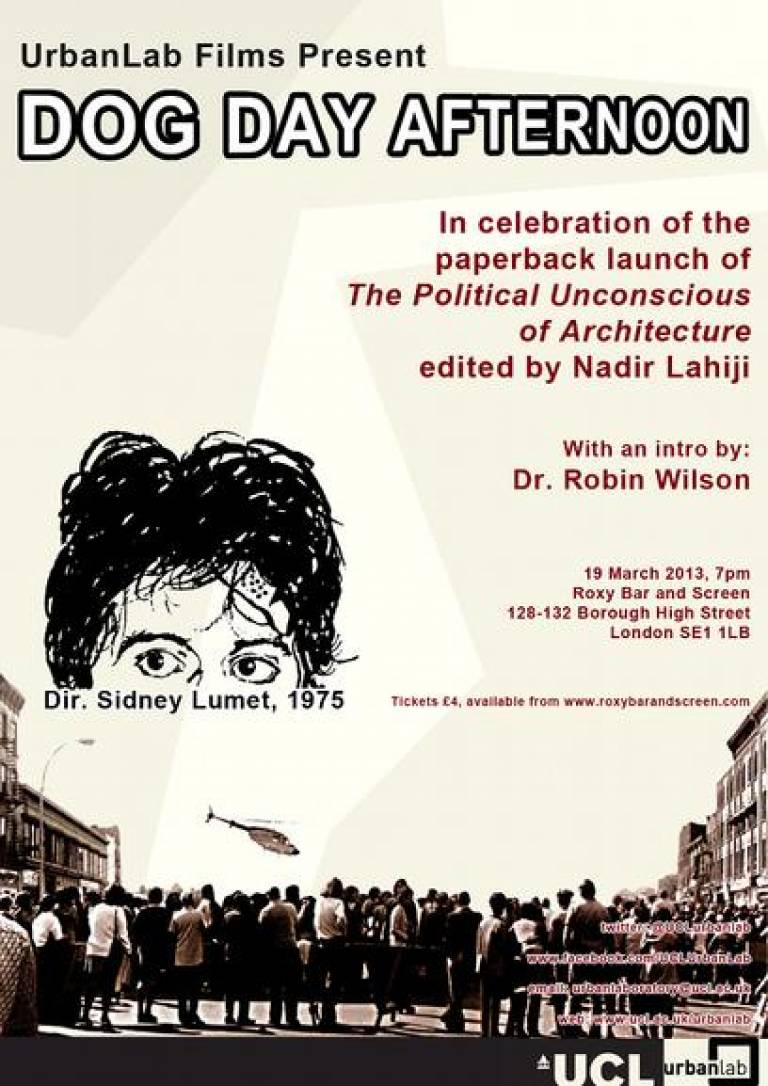 UrbanLab Films present Dog Day Afternoon (1975). In celebration of the paperback launch of The Political Unconscious of Architecture.

Dog Day Afternoon (1975) by director Sidney Lumet (also director of 12 Angry Men, 1957), is based on the true story of convicted bank robber John Wojtowicz, taking its inspiration from an account of the robbery of the Chase Manhattan Bank, Brooklyn, in a 1972 edition of Life magazine. Lumet's version of the botched robbery and hostage stand-off with police emphasizes the personal and moral complexities of the event, and the degree of empathy for the robbers displayed by a crowd of on-lookers, echoing wider, anti establishment demonstrations during the later period of the Vietnam war . Al Pacino plays the lead role, creating an iconic anti-hero of 70s urban cinema, and his method acting received wide critical acclaim. But it is precisely the achievements and virtuosity of Pacino's performance that troubled the Marxist cultural theorist Fredric Jameson, whose political critique of the film will be discussed in an introduction by Dr Robin Wilson (UCL Bartlett School of Architecture).

This screening celebrates the recent paperback publication of The Political Unconscious of Architecture (Ashgate, 2011). Edited by Nadir Lahiji and bringing together a team of leading scholars including Slavoj Žižek, Joan Ockman, Jane Rendell, Kojin Karatani, and Robin Wilson this book critically examines the important contribution made by Jameson to the radical critique of architecture and urbanism, highlighting its continued importance to contemporary architecture discourse.