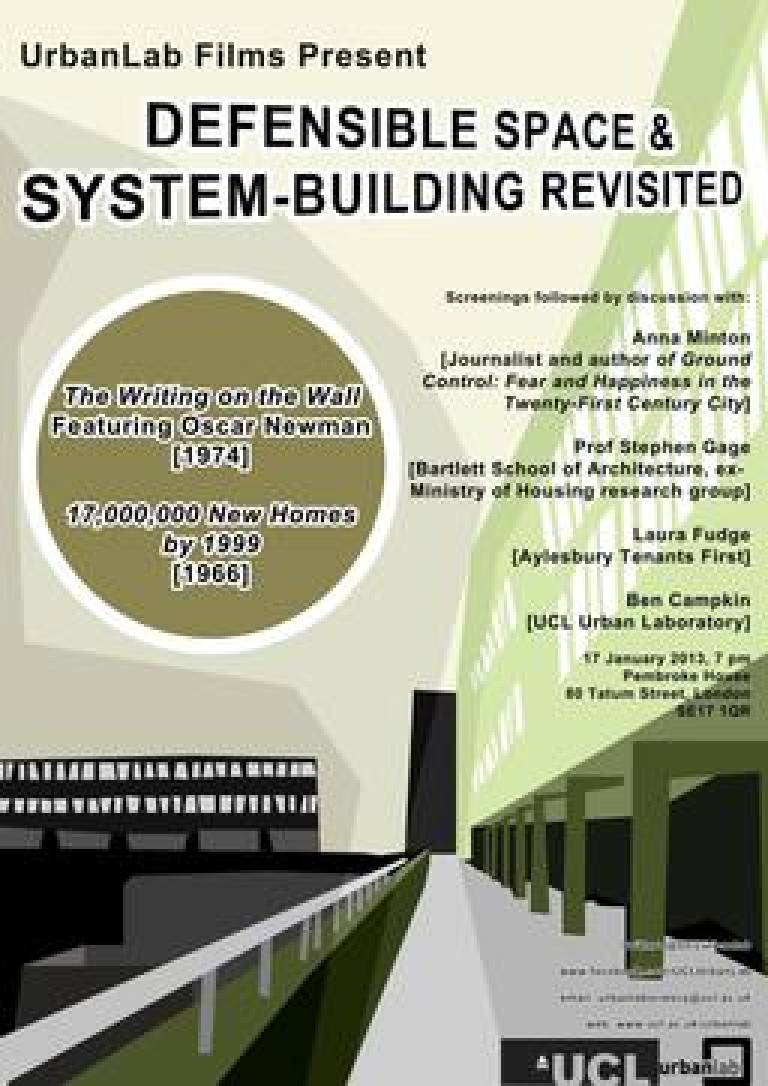 In 1972 Oscar Newman published the first edition of Defensible Space: People and Design in the Violent City, the legacy of which lives on in the UK and elsewhere in policies such as 'secured by design'. In this rare BBC documentary footage, Newman tours around the then recently completed Aylesbury Estate, critiquing the design of this Large Panel System-built housing, and suggesting a causal relationship between its environment, crime and social problems. The film was controversial at the time, with Building Design claiming that the Aylesbury had been 'scarred forever' by Newman's 'trial by TV' and The Architect referring to his 'hysterical patrol around the estate'.

In this UrbanLab Films screening and panel discussion we will re-consider Newman's widely disseminated theory, its influence on perceptions of the Aylesbury Estate, and the wider implications of its translation from the USA to London and the UK.

Alongside The Writing on the Wall we'll watch 17,000,000 New Homes By 1999, a documentary that helps to contextualise the enthusiasm for system-building in the early 1970s.