The amazing energy of star death 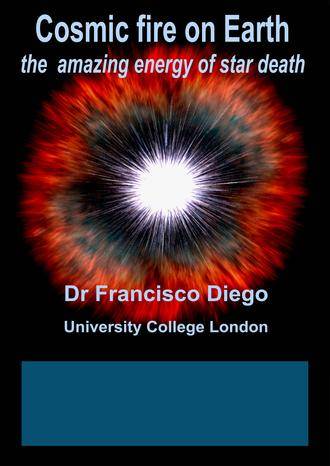 We live in a Universe that develops increasing complexity from a distant origin, from pure and simple energy. In this lecture we go back in time to explore those initial conditions, when the primordial energy was confined in a handful of fundamental particles, the building blocks of the Universe to be brought together at different stages by the four known basic forces.

We will travel deep inside stars to witness some of those forces at work, assembling the nuclei of light atoms along millions of years; a process highly intensified during the brief and cataclysmic death of massive stars. At that point, the nuclei of the heaviest atoms are assembled, atoms that are essential in our modern society. Their ticking energy telling us the age of our planet. Their burning energy destroying malignant tissues in our bodies, powering our civilisation and sadly, achieving the horrors of Hiroshima and Nagasaki.

We have in our hands the enormous power of stars that lived and died billions of years ago. As we enter our second century of atomic radioactivity we must find wise ways of using that cosmic power to ensure our survival and expansion.

The lecture promotes debate about the discoveries of science and its applications for good and for bad. This could also take the shape of a café scientifique discussion.

The lecture takes about 50 minutes and it is aimed at audiences older than 12 years.