UCL’s Institute of Ophthalmology reduce energy by 14% through sustainability initiatives in their animal houses. 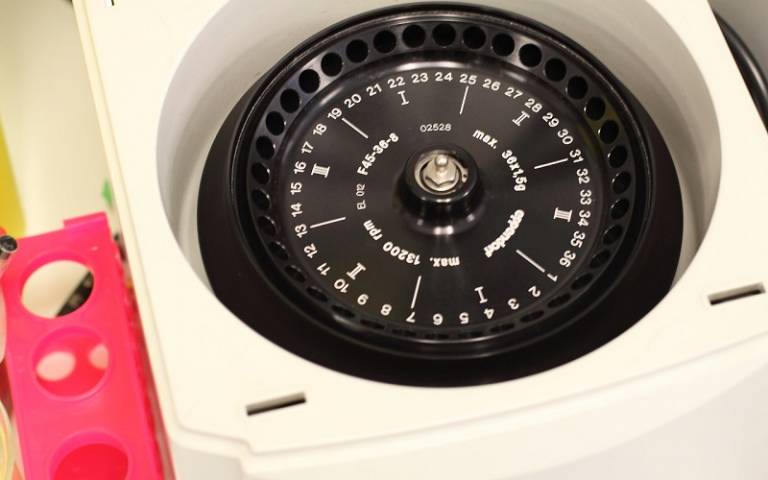 UCL currently operates a number of animal housing facilities across its research sites, all of which have carefully maintained conditions with consideration to animal and human welfare. As with other research practices, there have been significant advances in supporting technologies related to animal housing. Traditionally cages have been ‘open-top’ in which the animals are exposed to the conditions of the room. Environmental conditions may influence animal welfare; this means that in humidity, air changes (ACH – air changes per hour), and temperature, must be carefully regulated and monitored. This process is extremely energy-intensive and costs in the hundreds of thousands of pounds to operate annually. Furthermore, as larger spaces are more difficult to environmentally control, cage conditions may vary slightly depending on the location within the room.

To address these issues as well as others, individually ventilated cages (IVCs) have been incorporated into animal facility design over the past two decades. IVCs are self-contained, with closed tops and ducts to permit air to be locally passed and controlled, meaning that the room itself is no longer exposed to the animals. Typically, environmental conditions are more stringently regulated than for humans. For example, 20 ACH are recommended for some animals, compared with 12 ACH for humans. Because they are self-contained, IVCs offers the possibility of reducing room ACH to within the range for humans, representing significant financial savings. Furthermore, significant testing of IVCs has shown that they can improve animal welfare by reducing polluting gases (such as carbon dioxide and ammonia) and improving drying activity of bedding. The Institute of Ophthalmology at UCL operates one such animal facility in which traditional open-top cages had been replaced already with IVCs. Workers at the facility had voiced concerns over some of the rooms environmental controls, and to address this a full building and facility survey was conducted. The survey, conducted with CCTech with support from UCL Estates, Biological Services, and UCL Sustainability, captured a broad variety of recommendations beyond simply reducing ACH in rooms which contained IVCs. It included recommended upgrades to controls, ventilation rebalancing, BMS improvements, installing humidifiers, increasing insulation, and voltage optimisation.

While the survey focused only on the animal facility (less than 30% of the building’s floor space), the project resulted in a 14% reduction in the building’s energy consumption. Not only did this cause a huge energy saving, but confidence was gained in the faculties’ environmental controls and access to supporting technical information was improved. Cooling and humidification requirements were also reduced, and animal conditions were much better controlled. Note all modifications were done by evidencing safe environments for both animals and workers, and done with Home Office approval.