Uncovering the true extent of Parkinson’s disease in Africa

UCL scientists are leading genetic studies of Parkinson’s disease in Africa to raise awareness, provide equitable access to treatments and help reduce the global impact of this debilitating condition. 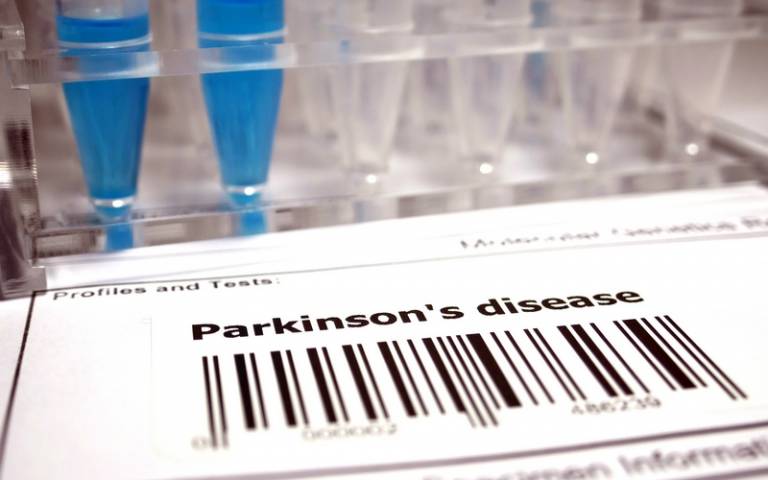 Parkinson’s disease is the fastest-growing neurodegenerative illness worldwide. By 2040, more than 13 million people will be living with PD – a quarter of them in Africa.

Studies have found at least 20 genes linked to an increased risk of PD in Caucasians and several promising diagnostic and therapeutic targets have been identified, but these potentially successful treatments are likely to be ineffective in patients from other racial backgrounds.

In Africa, there is a lack of awareness that Parkinson’s is a neurological disorder. Instead, people with the condition, which causes tremors, rigidity and falls, are often stigmatised.

Dr Rizig and her departmental colleagues Professors John Hardy and Professor Henry Houlden are conducting the first large genetic study of Parkinson’s in Africa. With initial funding from the UCL Grand Challenges Research Fund, they have built collaborations with neurologists and healthcare organisations in Nigeria and advocacy groups such as Parkinson’s Africa.

Initially the team – also helped with funding from the Michael J Fox Foundation – established a registry of people diagnosed with Parkinson’s disease in Nigeria to improve genetic and clinical data available to researchers in Africa and further afield.

“We are now working with over 70 neurologists across Africa, via an International PD genetics consortium, first established in 2009 by Prof Hardy and colleagues.” Dr Rizig explains.

As well as supporting local healthcare workers, the team is screening the genomes of hundreds of black Africans with Parkinson’s for known susceptibility and disease genes.

“This data is transforming Parkinson’s research; it is helping local organisations support better diagnosis and treatment services and encouraging pharmaceutical companies to invest in trials in Africa,” adds Dr Rizig. “All of this is vital if we are to stem the tide of this devastating disease."

Goal 3: Ensure healthy lives and promote well-being for all at all ages

Target 3.4 By 2030, reduce by one-third premature mortality from non-communicable diseases through prevention and treatment and promote mental health and well-being.