Research led by UCL is transforming the treatment of early breast cancer, improving the lives of the women who need treatment. 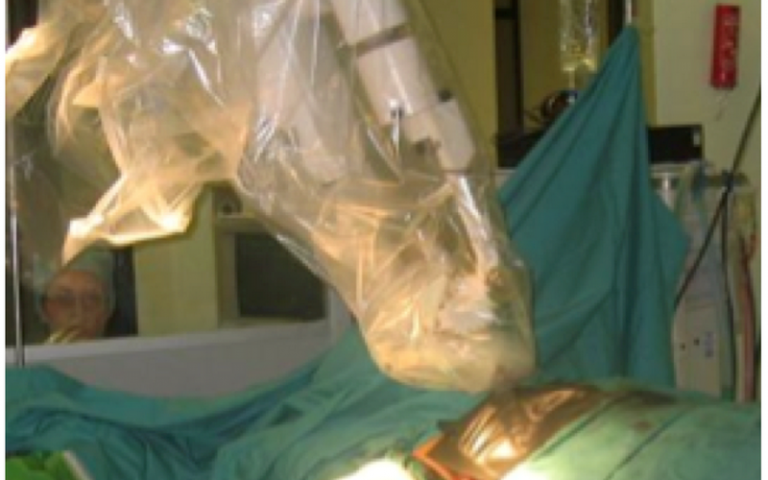 Patients with early breast cancer traditionally have surgery to remove the tumour followed by a long course of daily radiotherapy a month or two later. The one-off targeted intraoperative radiotherapy (TARGIT-IORT) given at the time of surgery saves multiple hospital visits and is as effective as standard post-operative radiotherapy.

“The TARGIT-IORT technique allows women with breast cancer to have surgery and radiotherapy all at the same time,” explains Professor Jayant Vaidya (UCL Surgery & Interventional Science), who developed the treatment from concept to clinical trials with UCL colleagues Professor Michael Baum and Professor Jeffrey Tobias.

The TARGIT-IORT involves delivering a single dose of radiotherapy via a small ball-shaped device placed inside the breast after the tumour has been removed. The treatment adds only 30 minutes to the surgical procedure, and the multiple hospital visits for conventional whole breast radiotherapy are completely avoided in 4 out of 5 cases. It has fewer radiation-related side effects than standard radiotherapy, less pain, a better quality of life and cosmetically outcome.

““The technique allows women with breast cancer to have surgery and radiotherapy all at the same time.”

The treatment was designed over 20 years ago. Based on early results, TARGIT-IORT has been adopted around the world, and 45,000 patients with breast cancer have been treated at 260 hospitals in 38 countries.

“The latest results confirm the effectiveness of risk-adapted TARGIT-IORT in the long-term, at an average of nine and up to 19 years following the treatment. It controlled breast cancer as effectively as the prolonged traditional treatment. In addition, there was a substantial reduction in deaths from causes other than breast cancer with TARGIT-IORT,” says Professor Vaidya.

We now hope to see this therapy made more widely available as it allows women who’ve had breast cancer to return to their normal lives more quickly, improving both health and wellbeing,” he adds.

Goal 3: Ensure healthy lives and promote well-being for all at all ages

Target 3.4 By 2030, reduce by one-third premature mortality from non-communicable diseases through prevention and treatment and promote mental health and well-being.