The EDI Committee is currently committed to the following race pledges:

Ioanna joined the Department of Statistical Science in 2012 and is currently Associate Professor. She moved to UCL from Duke, North Carolina, where she spent a few years as Postdoctoral Associate and Visiting Assistant Professor. Prior to that, she completed her PhD at the University of Cambridge. She is originally from Athens, Greece. She really enjoys exploring the outdoors with her two young sons

Gianluca joined the department in 2005 as a post-doc after completing a PhD at the University of Florence (in his home country, Italy) and spending a visiting period at MIT. His research interests are in Bayesian statistical modelling, specifically for cost-effectiveness analysis and decision-making problems in the health systems, but likes to apply statistical modelling to basically everything, including football and the Eurovision song contest. He spends most of his time trying (and failing) to tame his two children. He's been the most successful football coach throughout his son's career (unbeaten in two years), hoping to improve the record work his daughter's team.

Owen has been a member of Statistical Science since 2018. His main concerns are care for carers, and ageism.

Moe joined the Department of Statistical Science in 2020 as a Senior Staffing Officer. Moe is excited to contribute to the EDI committee and is looking forward to the positive changes she can bring to the Department.

Hugo joined the Department in 2021 and is currently a Lecturer (Teaching). Previously he worked in University of Edinburgh as a University Teacher and Durham University as a Teaching Fellow. His research is in probability theory and its applications. His interests include asymptotic behaviour of near critical system and random graph dynamics inspired by physics or other applications. One of his important focus in EDI is to understand how cultural differences and learning backgrounds of international students affect their studies in UCL and to develop ways to help these students. He enjoys playing boardgames and badminton. 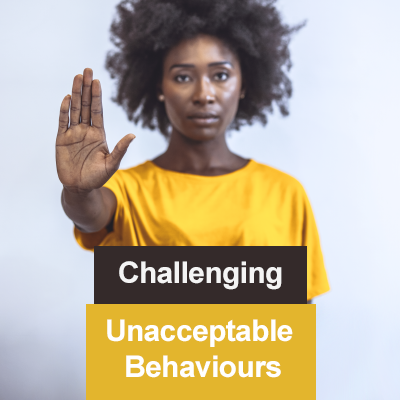 We must come together to prevent, challenge and address unacceptable behaviours, and ensure safe and nurturing environments for everyone in our departments and institutes across UCL.