The University of Tartu is one of the oldest universities in Northern and Eastern Europe. It was founded in 1632 by King Gustavus Adolphus of Sweden. The university, modelled after the University of Uppsala in Sweden, was intended to pursue research and advance learning in a wide variety of disciplines. It has continued to adhere to this tradition.

Since 1989, Estonia has been in the centre of democratic, economic and geopolitical change in Eastern Europe. The University of Tartu (UT) has played an active role in charting these developments.

Today, the UT is the leading centre of research and training and the only classical university in Estonia. It preserves the culture and language of the Estonian people. For many Estonians higher education equals with the UT.

With its vibrant international study environment the UT Johan Skytte Institute of Political Studies is a very attractive place for graduate studies in the social sciences, hosting students from around the world. Our MA programmes have been developed based on the academic expertise of the teaching staff, keeping in mind the unique geographical location of Estonia. Our programmes in English include International Relations and Regional Studies (with a specialisation in either Russia and Eurasia, the European Union, or the Baltic Sea region); Democracy and Governance, and European Union – Russia Studies; European Studies, and Central and East European, Russian and Eurasian Studies.

Our record of extensive international collaboration with universities in the U.S. (George Mason University, George Washington University), various universities in Europe, partner institutions in Russia (Higher School of Economics, MGIMO and others), and major international academic networks (e.g. PONARS-Eurasia, EISA, CEEISA, Varieties of Democracy) translates into excellent prospects for various partnerships in the realm of teaching.

The UT offers advanced study facilities, excellent libraries, well-equipped computer labs and modern residence halls. Interactive and innovative teaching and learning methods are widely used. There is a wide variety of opportunities to study abroad, including Erasmus agreements with a broad range of European partner universities. International students have rated Estonia as the #1 place to stay (Erasmus Student Network Survey).

Studying in Tartu is both attractive and affordable – it means high-quality education at a low cost in a country that is simultaneously both ancient and very modern, close to nature and technologically advanced, proud of its unique culture and traditions and open to the world (Estonia is a member of the EU and NATO and it belongs to the eurozone and the Schengen space). 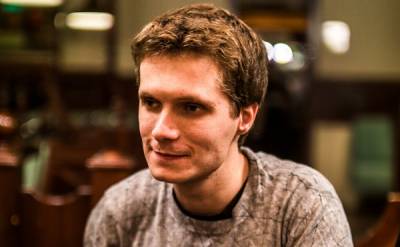 That was a truly global experience which helped me to build a deep understanding of how the world and society really worked. Additionally, I have enhanced my organizational and communicational skills. Plus I want also to say that this 2-years programme helped me to get rid of all the illusions regarding the outside world I had. “