Belgrade is one of the most dynamic cities in South-Eastern Europe, offering exceptional life quality and an exciting and vibrant student experience. The former capital of Yugoslavia has developed in recent years into one of Europe’s most interesting and attractive tourist destinations, and especially so for young people. Through its historical heritage it belongs to both Middle and Eastern Europe, even to the Mediterranean area. The city is divided by two large rivers, the Danube and the Sava; rivers that have inevitably shaped its development over the ages. Along these rivers the many different faces of Belgrade can be seen, from Middle European in Zemun to – Novi Beograd – the socialist city built upon Le Corbusier’s principles and to old Belgrade, springing from the old Ottoman town and retaining that spirit into the twenty first century.

Within the IMESS programme, students studying at UB, will be eligible for a Master in State, Society and Transition (or in Serbian Društvo, država, tranzicija – DDT) as well as the UCL IMESS degree. At UB, the programme is divided into three modules that enable students further specialization according to their IMESS pathway. The programme is focused around themes in society, state and transition, promoting independent scientific research, as well as on developing the skills and capability needed for the students’ subsequent career. Specifically, the core goals of the IMESS/DDT programme are:

In the first semester students choose electives from across three pathways (defined as ‘society’, ‘state’ and ‘transition’), alongside common electives based around language acquisition and regional expertise concerning Southeast Europe, from the time of modern state formation to the post-conflict era of the 21st century. This combination equips students with the basis for practical scientific research and the writing of independent scientific papers. The second semester, with fewer lecture commitments, is then largely devoted to the preparation of the final paper, through consultative meetings with their mentor.

Belgrade is an exciting city, UB is one of the leading regional universities with a rich academic tradition and IMESS is a truly exciting development for studies in this region.

We look forward to welcoming you to Belgrade! 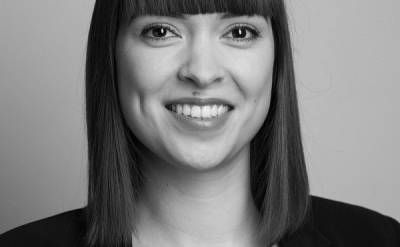 The programme allowed me to grow academically as well as personally. I was able to develop my research interests through both years of IMESS, and my Masters thesis on media narratives on crisis events – Polish press coverage of the early days of the Ukraine crisis – has opened doors for me.