Trail 3: Catering for the Community: Schools, Institutions and Culture

An official meeting point for the Hungarian community is the Londoni Magyar Iskola, a weekend school organized in Islington, that teaches Hungarian, drama, history and other subjects in Hungarian to children of all school ages, as well as organizing cultural activities. The purpose is to maintain a connection between children of Hungarian origin and Hungarian culture and language. A sample of the most recent cover pages of Hunlap, a magazine written and edited by students at LMI Plussz, reveals the range and colour of the activities that the school generates with the help of its teachers and chair, Edit Zolnai.

Examples of unofficial community links, however, include sport communities, particularly sports that are well represented in Hungary, such as volleyball. Hungarians are employed or volunteer in various positions from players through coaches to referees in professional volleyball teams across England.

Community meeting points abroad are representations of the most recognizable symbols of the home community, whether they are shops, households, or organizations. Most importantly, these community points are sine-qua-non communication hubs, through which each community finds its physical space within London.

“The Gay Hussar”* – A London Institution.

For anybody with an interest in Hungarian language, culture, or cuisine, “The Gay Hussar” restaurant in Greek Street, Soho, is a must-to-visit. The restaurant opened its doors more than 60 years ago in 1953: the project of Swiss-Welshman Victor Sassie who learned the art of Hungarian cooking under the wing of the famous restaurateur Karoly Gundel in 1930s Budapest. 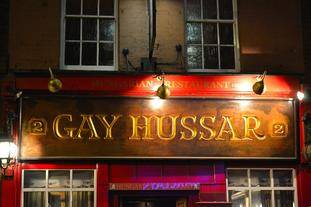 A second-home for many of Britain’s political elite over the years, “The Gay Hussar” is the kind of place that looks like it would have many amazing stories to tell if only its walls could talk. Tony Blair was persuaded to run for Prime Minister here. The Queen Mother once gossiped about “goings-on” at the restaurant during a tea-party at Clarence House. It is a living, breathing, digestible and delicious piece of history – and luckily for those of us living in London, it is right on our doorsteps to enjoy.
In 2013, “The Gay Hussar” was threatened with closure. Its many fans rallied around the institution and saved it, forming “the Goulash cooperative” in order to submit a consortium bid to buy the business.

My own visit to the restaurant is a wonderful affair filled with paprika potatoes, cabbage, fish dumplings and Hungarian wine.The hostess and I speak about Hungarian language and food. She tells me about her home-town – Kecskemét, and we compare notes about beautiful Budapest. The waiter tells us he has worked at the restaurant for nearly forty years. He has learned a little Hungarian in that time: “kicsit”, he tells me, before slipping me a menu to take home as a souvenir.

The saddest part of the whole affair is that I am too full for dessert. A travesty, given that “Hungarian” and “dessert” seem to stick together like the country’s agglutinative language itself.
“Nem probléma”, I tell myself as we leave. I will just have to come back again very soon. 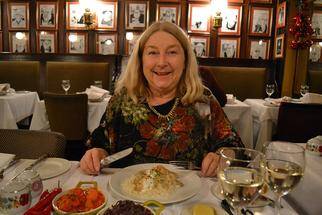 Savour the sounds of some of the dishes on my souvenir menu below: 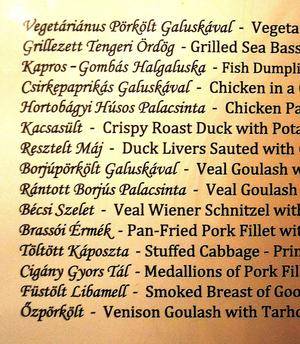 On September 24, 2014, the Balassi Institute - Hungary's Cultural Centre in London - hosted a discussion between Baron William de Gelsey and Péter Szabadhegy, the Hungarian Ambassador to the UK. Baron de Gelsey is the son of the late Baron & Baroness Henry de Gelsey, and was educated at the Royal Catholic University Public School (KirKat), Budapest, later receiving his Master's degree in Natural Sciences from Trinity College, Cambridge. 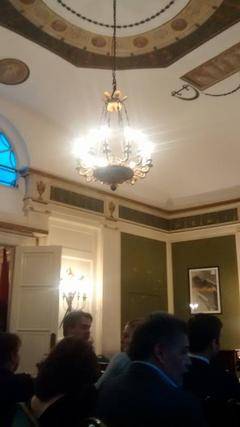 Walking into the beautiful building which houses the Cultural Centre, Baron de Gelsey took great delight in calling out "jó estét!" ("good evening!") to the gathered Hungarian audience. He seemed a very warm man, despite his obvious head for business - and was very shy about all the attention.
During his talk, in English, Baron de Gelsey painted a picture of the Hungarian society that existed during his younger years. In a particularly diverting anecdote, he recalled attending a ball during WWII and dancing with a pretty girl.
"You look very familiar", he said to the lady as they danced, "have we met before?".
"No, we haven't, she replied politely, "but my picture has been in the paper a few times, perhaps that is how you know me".
It wasn't until later that he discovered it was a young Princess Elizabeth of Britain. When he realised his oversight, he approached her again and challenged her: "We shouldn't have been dancing together ... our countries are at war!". By all accounts, this did not faze the Princess, and the ball continued in peace.

Indeed it is thanks to the peace that Britain and Hungary now share as states that we have organisations such as the Balassi Institute – promoting Hungarian cultural events in the UK.
It is stories such as the one told by Baron de Gelsey – cultural snapshots of a specific time and place - that the Balassi Institute can offer to those with a passion for Hungarian language and culture, or to those with an interest in finding out more. 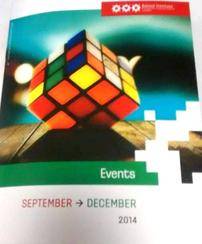 Text and photos by Rebecca McKeown, MA student of Hungarian, 2014-15.