The ‘Invisible Poles’ project looked at how British-born people of Polish descent have experienced the recent increase in the Polish population of the UK, as well as easier access to Poland since Poland joined the EU in 2004. The twenty-eight interviewees came forward because they had stories to tell about becoming more ‘visibly’ Polish – visible to Polish-born Poles in the UK and Poland, but also to their families and friends. Their stories are gathered together in Invisible Poles: a Book of Interview Extracts, an open access book which can be downloaded here.

Invisible Poles is a tribute to anthropologist Keith Sword and his research, which began at SSEES in the 1980s and 1990s, but was cut short by Sword’s untimely death. His Polish Migration Project, financed by the M. B. Grabowski Fund and Federation of Poles in Great Britain, consisted of interviews with first- and second- generation Polish migrants in the UK, as well as extensive analysis of written sources. In 1989, Sword published The Formation of the Polish Community in Great Britain, 1939-50 (with Norman Davies and Jan Ciechanowski) and, in 1996, Identity in Flux: the Polish Community in Great Britain (downloadable here). A companion volume, Deportation and Exile: Poles in the Soviet Union, 1939-48 (1994, 1996) traces the fates of people who often, like the parents and grandparents of many of our interviewees, ended up fighting with the Allied forces. In Identity in Flux, Sword describes the activism of Poles who came to the UK after the Second World War, but also, from the 1970s, the decline of Polish community organisations. In his final sentence, Sword (1996: 233) wrote that ‘While it seems rash to make predictions, it seems likely – unless unforeseen changes take place – that only London and a handful of provincial metropolitan centres will retain organised Polish communities of any viability in twenty years’ time’. That unforeseen change occurred after 2004. The Invisible Poles project picks up the story where Sword left off.

The Invisible Poles transcripts are housed in SSEES Library, alongside the Sword archive.

The project was part-funded from the UCL European Institute's Jean Monnet Centre award. 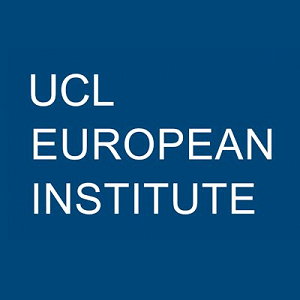