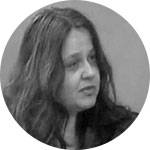 Danijela Gavrilović is Full Professor in Sociology of Religion, Moral Sociology, and Ethnicity and Nations at the Department of Sociology, Faculty of Philosophy, University of Niš, Serbia. She has published widely in these areas, including four authored and co-authored books (such as Morality and Religion in Contemporary Society, 2008, and Revitalization of Religion – Theoretical and Comparative Approaches, 2009). She has participated in several international research projects (such as ‘Sustainability of the Identity of Serbs and National Minorities in the Border Municipalities of  Eastern and Southeastern Serbia’, 2011/2014; ‘Tradition, modernization and national identities in Serbia and the Balkans in the process of EU integration’, 2011/2014;and ‘Social and Cultural Capital in Serbia’, 2010/2011, ect).