Current and past Visiting Scholars at the School. 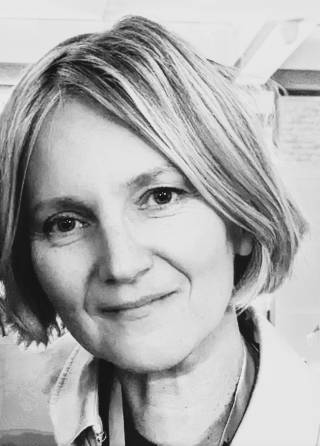 Dr Natascha Drubek-Meyer is a research scholar specialising in Central and East European cultures. Since 2015 she has been Editor in Chief of the Open Access journal Apparatus. Film, Media and Digital Cultures in Central and Eastern Europe.

In 2022, together with Philip Cavendish and Irina Schulzki she co-edited a special issue on the controversial project DAU, under the title 'Soviet Playtime: Architectures of Power and Profligacy in DAU'. Her next monograph will be devoted to the Nazi film production Theresienstadt, the subject of her Heisenberg grant project.

For the last decade Natascha’s interest has increasingly turned to ethical questions around conducting research in the field of East and Central Europe and providing access to its results and publication. The wish to widen the group of potential readers globally, in the East as well the South led to the engagement in Open Access publishing. Another aspect of this interest is the study of the relationship between ethics and film, namely the historical contexts and the economies of unscrupulous or unethical film productions (filming in a Nazi ghetto using forced labour, the victims of Stalker, the DAU film shoot in Kharkiv).

While visiting SSEES, Natascha will work on her project on Police(d) Poetry. The Poetics of a 1950s State Security File. This 1950 Czechoslovakian police file titled “Surrealists” is in an uncanny way related with a typescript of uncensored poetry. Its editors Jana (Honza) Krejcarová and Egon Bondy chose “Jewish” pseudonyms as code names for Czech poets. The collection – confiscated by State Security (StB) – became known under the title Jewish Names. The collection of poems has never been translated into English. During her visit Natascha would like to fill this gap in a collaborative effort with British Bohemists. Natascha’s hosts are Prof Alena Ledeneva and Dr Peter Zusi. 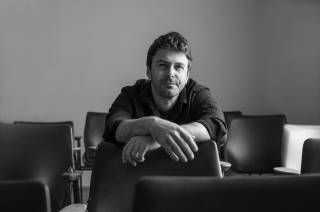 Andrea Matošević is Associate Professor at the Faculty of Humanities, Juraj Dobrila University of Pula, Croatia. He graduated from University of Padua (2003) and earned his PhD in Ethnology and Cultural Anthropology from the Faculty of Humanities and Social Sciences, University of Zagreb (2010). His fields of research are ethno-anthropology, history of ethnology/anthropology, oral history, industrial anthropology, popular culture, and recently  philosophy. He has published several volumes in Croatian: Pod zemljom. Antropologija rudarenja na Labinštini u XX. stoljeću (2011),  Socijalizam s udarničkim licem. Etnografija radnog pregalaštva (2015), Polutani dugog trajanja. Balkanistički diskursi (with Tea Škokić, 2014) and Doći u Pulu, Dospjeti u Tapiju. Etno-filozofska studija lokalnog fenomena (2019). his English publications include: Almost, but not Quite Bored: An Anthropological Study of the Tapija Phenomenon in Northwest Croatia (2021) published by Berghahn Books.

While visiting SSEES, Andrea Matošević is working on the connections established between Britain and Yugoslavia under the British-Yugoslav Society. He is particularly interested in understanding the context that brought the famous historian Edward Palmer Thompson and his friends Bill Francis, Martin Eve, Dorothy Sale etc. to the Šamac-Sarajevo Youth Labor Action in Bosnia, after which they published a collection of works entitled The Railway. An Adventure in Construction in 1948. 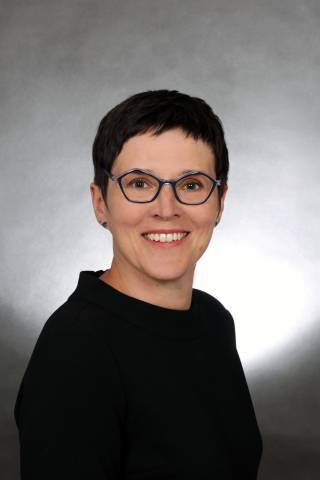 Beata Waligórska-Olejniczak is an Associate Professor and the head of the Department of Comparative Studies in Literature and Culture in the Institute of Russian and Ukrainian Studies at Adam Mickiewicz University in Poznań (Poland). She is a member of the Executive Committee of the European Society of Comparative Literature, editor-in-chief of Studia Rossica Posnaniensia and associate editor of CompLit: Journal of European Literature, Arts and Society (published by Classiques Garnier, Paris). In 2016 she was a Visiting Scholar at the University of Tartu. She is the author of numerous articles and four books (in Polish). Her most recent monograph – Contemporary Russian cinema in the light of war traumas. Literary and cultural context (coauthored with Beata Pawletko) ­ came out in 2020. Her other books include: “Theatrical gesture in A. P. Chekhov’s drama The Seagull and free dance as the aesthetic context of the Great Theatre Reform” (2009); “Sacrum on the way. Venedict Erofeev’s Moscow-Petushki and Quentin Tarantino’s Pulp Fiction from the angle of montage reading” (2013); “New Russian cinema in view of literary and film tradition” (2017).

While visiting at SSEES, Professor Waligórska-Olejniczak is working on the problem of memory of the female body as shown in films released by female directors in Russia. The project derives from her latest book. She is particularly interested in the works of Russian women artists who concentrate on more than one aspect of visual production, being at the same time filmmakers, screenplay writers, actresses or producers. To understand the relationship between soma and ethics she is going to examine the role of gesture within the framework of space. 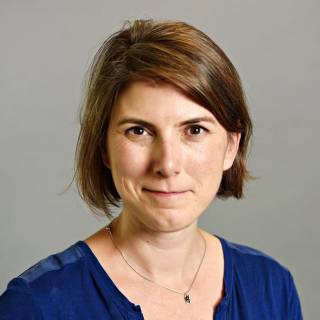 Alison K. Smith is Professor in the Department of History at the University of Toronto, and is currently on leave from a term as Chair of the department. She is the author of numerous books and articles on the social and cultural history of imperial Russia, most recently 'Cabbage and Cuisine: A History of Food in Russia' (Reaktion, 2020), and the co-editor with Matthew Romaniello and Tricia Starks of 'The Life Cycle of Russian Things: From Fish Guts to Fabergé' (Bloomsbury, 2021).

While visiting at SSEES, Professor Smith is working on several pieces of writing out of her current research project on the palace of Gatchina and its surrounding area, beginning with an exploration of drunkenness and sobriety as it appears in the archival record (often) and in the legal structures of the Russian Empire (also often). This exploration of the ways that the central state and local administrators grappled with alcohol as a threat to order, to the economy, and to the self, is part of a larger project that seeks to understand the lived experience of the imperial autocratic regime — what it meant on an everyday basis to subjects of the tsar that Russia was an autocracy, and what it meant to actors within the autocratic regime that it was one, too. 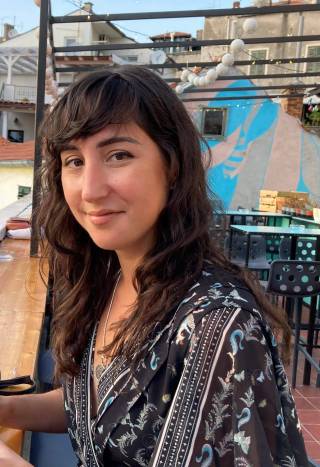 Dr Aleksandra Pomiecko is a contract researcher at the United States Holocaust Memorial Museum in Washington DC, where she previously held the Pearl Resnick Postdoctoral Fellowship. Her research interests center on "irregular war", broadly defined, in Eastern Europe and the former Soviet space in the twentieth century. More recently, her research has been published in Slavic Review, The Journal of Historical Sociology, The Journal of Slavic Military Studies, and in an edited volume by Ota Konrád, Boris Barth, and Jaromír Mrňka entitled 'Reshaping the Nation: Collective Identities and Post-War Violence in Europe 1944 - 1948' (Palgrave Macmillan, 2022). She is also a contributor to the United States Holocaust Memorial Museum's  Encyclopedia of Camps and Ghettos. 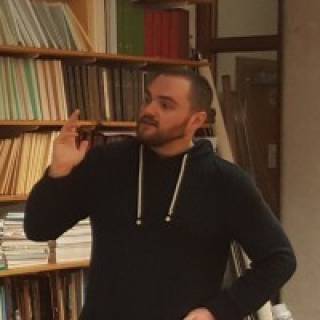 Before taking up his Scholarship at UCL-SSEES, Dr Foster was a Visiting Fellow at the University of East Anglia, from where he previously received his PhD while serving as an Associate Lecturer and Project Archivist for the ‘John Corsellis Archive’. His research focuses on the western Balkans and transnational social developments in the early twentieth century on which he has written and presented extensively, including contributions to the BBC World Service and International Encyclopaedia of the First World War. Dr Foster is also a co-founder of the ‘BASEES Study Group for Minority History’ and author of 'Yugoslavia in the British Imagination. Peace, War and Peasants before Tito' (Bloomsbury, 2021).

His current research project reassesses the role of the British historian, political campaigner and SSEES's co-founder Robert William Seton-Watson in the creation of the Kingdom of Yugoslavia and First Czechoslovak Republic in 1918. While a highly divisive figure, accused of leveraging his connections and influence to shape British foreign policy, the study considers how his activities existed within an evolving understanding of British identity and Britain's perceived relationship to the wider world. The project builds on several themes and trends initially explored in my book, Yugoslavia in the British Imagination, using a selection of primary source material housed in the SSEES Library archives, notably the 'Seton-Watson (Professor Robert William) Collection (1905-1951)'. This will then be used as the basis for an article to be published in a high-impact historical academic journal.

Dr Foster will be giving a talk organised by the SSEES Study of Central Europe Seminar entitled 'R.W.Seton-Warson and the 'New Europeans': Yugoslavs, Czechoslovaks and the Limits of ‘Popular Internationalism’, 1906-1921' on Tuesday 25 January. 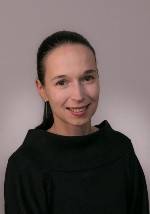 Dr Monika Brusenbauch Meislová is an assistant professor at the Department of International Relations and European Studies, Masaryk University, Brno, Czech Republic. Her research work covers issues of British European policy, Brexit, Czech (and broader CEE) foreign policy and political discourse. She is a member of the UACES “The Limits of EUrope: Challenging the Crisis of European Integration” Research Network and a leading researcher of the Czech Science Foundation 2019-2021 project on Czech EU’s political discourse. Monika’s latest research has been published in various top-ranking journals, including The British Journal of Politics and International Relations, Europe-Asia Studies, Political Quarterly, Parliamentary Affairs, British Politics and European Politics and Society. She was hosted as a Visiting International Scholar by the Aston University in Birmingham (2019) and has taught, within the Erasmus+ programme, at various universities, including the University of Southampton (2019) and the University of Essex (2020). Monika is also regularly called upon as a guest speaker and media pundit on areas of British politics, UK-EU & UK-CEE relations and contributes to high-profile blogs, including London School of Economics Blog or Oxford University Politics Blog. More information about Monika is available here.

Her research project at SSEES focuses on Brexit implications for bilateral relations between the United Kingdom and Visegrad Group countries (VG; The Czech Republic, Slovakia, Poland and Hungary), placing this assessment in the context of the long-term evolution of these relations and relating it to debates within the scholarship on the effects of Brexit. Brexit is highly disruptive of the status quo and as such represents a turning point in (and a stress test for) the relationship between the UK and the VG countries.  With the question on how the UK’s extrication from the EU will affect bilateral relations being a subject of numerous competing pressures, Monika looks specifically not only into aspects of UK-VG relations in which the impact of the referendum (or the prospect of a Brexit) is already visible, but also investigates the main expectations and/or concerns regarding the Brexit impact on the mutual relations.

Academic Visits to UCL and SSEES

If you are a post-doctoral, mid-career or senior scholar interested in visiting SSEES, we welcome you to utilise our library and archival resources.