I am a specialist on Russian, Eurasian, and transnational environmental history.

My latest book, The American Steppes: The Unexpected Russian Roots of Great Plains Agriculture, 1870s-1930s (CUP, 2020), explores transfers of people, plants (crops and weeds), sciences and techniques from the Eurasian steppes to the Great Plains of the USA. It follows on from my previous monograph, The Plough that Broke the Steppes: Agriculture and Environment on Russia’s Grasslands, 1700-1914 (OUP, 2013), which analyzes how Russians and other settlers came to understand the steppe environment and their relationship with it. It was awarded the Alexander Nove Prize.

I am currently co-editing (with Nicholas Breyfogle and Alexandra Bekasova) a volume of essays based on field trips to various locations in Russia: Place and Nature: Essays in Russian Environmental History (White Horse Press, 2020/21). It builds on the concept of a similar volume I co-edited with Peter Coates and Paul Warde, Local Places, Global Processes: Histories of Environmental Change in Britain and Beyond (Windgather Press, 2016).

I have published articles in journals in the humanities, social sciences, and natural sciences. My research has been supported by the Leverhulme Trust, the AHRC, the British Academy, and other funders.

Since 1988, I have held academic posts at the universities of Texas at Austin, USA, Newcastle, Strathclyde in Glasgow, Durham, and York in the UK, and visiting positions at, amongst others, the Southern Federal University, Rostov-on-Don (2003), the Kennan Institute, Washington, DC (2007), the Institute for Advanced Study, Princeton (2008-9), the Rachel Carson Center at LMU, Munich (2017), and Nazarbayev University, Nur-Sultan (Astana), Kazakhstan (2018-20).

As an environmental historian I explore the environments I research. In my photo I am skiing on the frozen lake at Burabay (Borovoe) in northern Kazakhstan in March 2019. 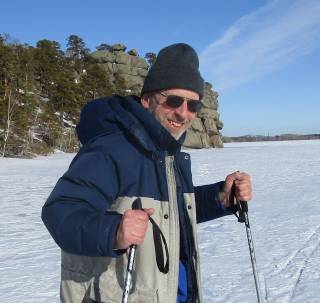 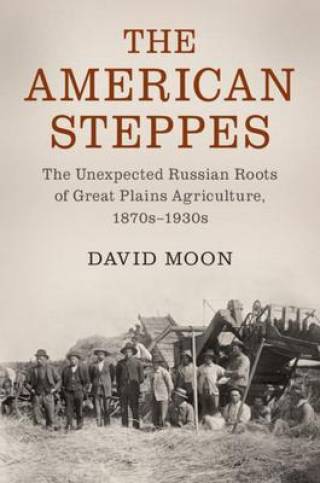