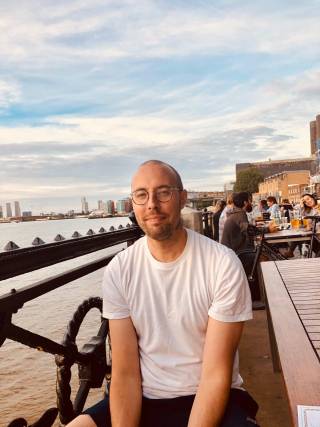 Working title of thesis: The intellectual and clerical reception of St. Serafim of Sarov in late imperial and early revolutionary Russia

Research: My research aims to provide a new interdisciplinary perspective on the creative, political and religious culture of late imperial and early revolutionary Russia. I seek to do this by examining the reception of Serafim of Sarov (1754–1833) by Russia’s intellectual and clerical elite of that time. Serafim was an ascetic monk and hesychast who lived as a hermit in the forests near Sarov monastery. He was subsequently known as a prophet, healer and a pioneer of the renewal of contemplative Orthodoxy and spiritual eldership (starchestvo) in Russia. He was canonised in 1903. My doctoral research explores the responses of Russia’s intellectual and clerics to the debates of this tumultuous age anew through the development of Serafim’s ‘official’ cult and his extensive representation in Russia’s popular press. It gathers a range of figures of the age, including Andrei Belyi, Vasilii Rozanov, Dmitrii Merezhkovskii, Anton Kartashev, Sergei Bulgakov, Pavel Florenskii, Valentin Sventitskii, Aleksandr Glinka-Volzhskii, Mikhail Tareev, Maksimillian Voloshin, among others.

Through this case study of Serafim’s reception, I aim to better understand the interactions and tensions that existed between the governing class, writers, thinkers and clerics who venerated or scrutinised Serafim in their work, alongside the collective presence of the narod. I aim to understand why so many of these figures seized (positively or negatively) on Serafim’s image in their experiments in religion. Examining Serafim’s reception will shed light on the intelligentsia’s attempts (successful or otherwise) to build bridges with the official Church, alongside their endeavours to develop new forms of spiritual understanding and paradigms of religious experience. It will explore the status Serafim had for a Church hierarchy that had traditionally treated manifestations of popular piety with suspicion.

My doctoral research is gratefully funded by the LAHP.

Alongside my research, I work as a PGTA to lead tutorials on Russian history at UCL/SSEES.