Bitka za prošlost. Ivo Andrić i bošnjački nacionalizam (2018, Đorđe Jovanović Award for Literary Criticism), Getting Over Europe. The Construction of Europe in Serbian Culture (2011), What is the 'West'? Nationalism, Cosmopolitanism, and the 'West' in Early 20th-Century Serbian Culture (2010), Susret na trećem mestu (2006), Metateatralnost. Imanentna poetika u drami dvadesetog veka(1994), Negativna i pozitivna poetika (1992), two edited volumes: The Rebirth of Area Studies (2020) and Opšta književnost. Izabrana tumačenja (1999), and one co-edited volume: Translating the Literatures of Small European Nations (2020, with R. Chitnis, J. Stougaard-Nielsen, and R. Atkin). My recent publications have examined the construction of ‘Europe’ in Serbian culture, the notions of common Yugoslav culture and post-Yugoslav literature, the methods of Area Studies research, the political aspects of translating from less frequently taught languages and the impact of geopolitical imagination and popular cultural geography on representations of 'small literatures'.

SEESGE07 Introduction to Hermeneutics: How to Read and Interpret Texts (MA)

SEEE0020 Writing from the Other Europe (BA)

SEEY0030 The Art of Ivo Andric

I studied Yugoslav and Comparative Literature in Belgrade. My PhD dissertation was on meta-theatricality in 20th-century European drama – on how plays indirectly talk about themselves, other plays and theatre in general. I taught at the University of Belgrade, and have held visiting appointments at the University of Nottingham, Wesleyan University, the University of Wisconsin-Madison, and Graduiertenschule für Ost- und Südosteuropastudien of the University of Regensburg and Ludwig-Maximilians-University in Munchen. I also have held research fellowships from the University of Ljubljana, the Open Society Institute, and the Leverhulme Foundation. In addition to being on the editorial boards of the Slavonic and East European Review, New Area Studies and Balkanica, and the advisory boards of Ricerche Slavistiche, Primerjalna književnost, Novi izraz and Dostoevsky Journal, I have been editor-in-chief of Brill’s book series Balkan Studies Library since 2009 (co-editor since 2018), and associate editor of East European Politics & Societies and Cultures. I am Member of Academia Europaea. 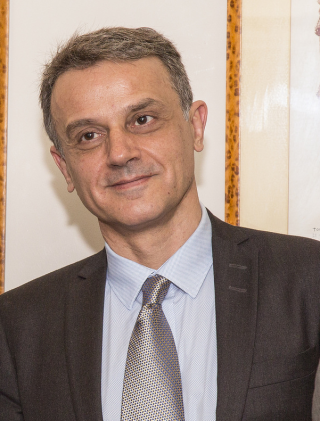