My research interests are literature and culture of east-central Europe, with a focus on problems of cultural memory. My main focus is Ukraine, but I also work on Poland and Russia. As well as literary and cultural representations, I have also researched memory politics and broader commemorative practices in the region. My two other current areas of research interest are the legacies of multicultural literary heritage on the territories of contemporary Ukraine, and cultural representations of the war in Donbas.
My recent research has focused on cultural memory in cities in east-central Europe that experienced large-scale population shifts and losses as a result of the Second World War. On the one hand, the project looks at cities like Kaliningrad, Wrocław or L'viv, which were transferred between states after the war, and, on the other, it considers cities that lost large Jewish communities, such as Warsaw or Kyiv. The project examines the way these lost urban communities are represented in post-war and contemporary literature, film and art, as well as in commemorative culture and practice (museums, monuments etc.), tracing how cultural representations interrelate with more official forms of remembrance. The project seeks to understand the extent to which the 'other' memories of pre-war cities are being embraced as part of local urban identity narratives.
My previous research looks at broader problems of cultural memory in east-central Europe. I co-edited the collected volume Memory and Theory in Eastern Europe (Palgrave-Macmillan, 2013), which examines the application of cultural memory theory in the context of eastern Europe, and co-authored Remembering Katyn (Polity, 2012), which looks at how the memory of the Katyn massacres of Polish service personnel by the NKVD in 1940 has influenced cultural and politics across eastern Europe in the post-war and post-communist periods. I have also published a separate article on the is topic, focusing on Polish literary representations of the massacres.
My PhD research looked at representations of space in contemporary Ukrainian literature, investigating how contemporary Ukrainian authors depict diverse types of space - from imperial and national to urban and domestic - in order to explore national, transnational, postcolonial and gender identities. I published an article based on the thesis - on space and gender in the work of Oksana Zabuzhko - in Modern Language Review

SEES0004/SEEE0012 Crossroads of Culture: the Literatures of Ukraine from Crimea to the Shtetl
SEEE1006 Literature and Memory
SEEE0020 Writing from the Other Europe
SEES0047 Literary and Cultural Theory

SEESGE25 All Quiet on the Eastern Front

I began studying central and eastern Europe during my undergraduate degree at the University of Glasgow, where I studied Russian and Polish. After graduating, I spent two years in Kraków, including one year studying the cultures of Poland, Ukraine and Russia at the Jagiellonian University. I first came to SSEES in 2005 to study for an MA in Russian and East European Culture, and stayed on to complete my PhD, on representations of space in contemporary Ukrainian literature, in 2010.

Between 2010 and 2013, I was a postdoctoral research fellow on the 'Memory at War' project at the University of Cambridge. I subsequently spent a year at St Antony's College, Oxford, as Max Hayward postdoctoral fellow in Russian literature.
I rejoined SSEES as Lecturer in Comparative Russian and East European Culture in 2014. 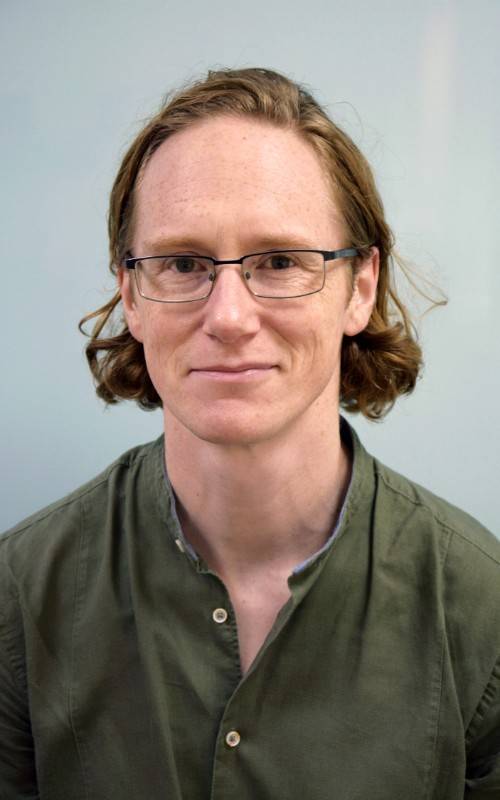