My research interests lie in the history of Muscovite Russia (15th-17th centuries). From 2001 to 2004 I was engaged in a study of localism in Russia. I edited and contributed to a book on this subject (2004). In this work I look at the Muscovite local administration as a complex organisation, which enabled the central authorities to accommodate localism. I have also published extensively on the cultural history of Muscovy. Most of my studies deal with Ivan the Terrible in one way or another. I have published a chapter on Ivan the Terrible in the prestigious Cambridge History of Russia (vol. 1, 2006).

The main themes of my research on Ivan IV include the cultural transformation of Muscovy during his reign and the relations between the tsar and the Orthodox church. My works examine the legitimation of Ivan IV’s power; the culture of his court, including regalia, ceremonial headgear and weapon; as well as the ideology of his military campaigns. I have also edited a volume on recent Russian studies of Ivan the Terrible .

I am also interested in cultural and technological exchange during the pre-modern period. In 2014-2016, I was the principal investigator in a project on the printer Ivan Fedorov and early Cyrillic printing. In collaboration with the British Library, I organized an international conference on Revisiting Ivan Fedorov's Legacy in Europe. I edited the proceedings of the conference . I also discuss cross-cultural contacts in my chapter on medieval Novgorod in Europe: A Literary History, 1348-1418.

I am currently working on a book about dynastic memory among the East Slavs.

I teach a Group 3 (special subjects with dissertation) course on Ivan the Terrible and the Russian monarchy in the 16th century, a Group 1a (intermediate) course on the history of Russia from the earliest period to the late sixteenth century, a Group 1b (advanced) course on the History of the Soviet Union, and an MA course on Russian Monarchy: Court Ritual and Political Ideas, 1498-1917. I also contribute to various BA and MA courses on source criticism and aspects of Russian history. I would be happy to supervise dissertations on Russian history, religion and culture. 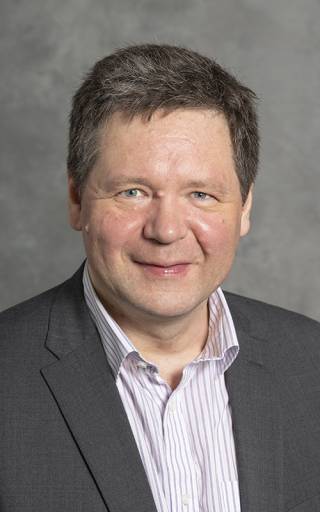