My research has developed in two main strands, but with overlapping themes. I initially focused on the novels of Dostoevsky, researching the intersection of narrative and ethics. My first book, Dostoevsky's 'The Idiot' and the Ethical Foundations of Narrative (Anthem, 2004) examined the relationship of the author, narrator and characters, and the role of character in shaping the text. I have also researched the significance of spiritual belief to this novel, from connections with biblical theology to the appearance of Buddhist motifs. I returned to this strand of my research for digital cartography project, Mapping St Petersburg (www.mappingpetersburg.org). Mapping the Petersburg geography first of Dostoevsky's Crime and Punishment, and then of Gogol's Petersburg tales, the aim of this project is to explore the different spatial dimensions of literary works, to enable comparison and understanding of how place creates narrative.

The second strand of my research, begun under a Leverhulme Fellowship, examines narratives of incarceration. I began this project because of my fascination with the short stories of Varlam Shalamov, a writer who spent 17 years in the Stalinist Gulag. His work remains central to my research, but I have broadened my scope to incorporate the connections between narratives of the Soviet period and those (generally seldom studied or even read) works by prisoners and exiles in the pre-revolutionary era. Dostoevsky comes back into focus here, in his fictionalized memoir Notes from the House of the Dead, which is the most influential text for all Russian prison/labour camp writing. I have published a number of articles on both nineteenth- and twentieth-century narratives, as well as translations of memoirs by revolutionaries imprisoned in Shlissel'burg Fortress near St Petersburg, in a UCL Press book: Writing Resistance: Revolutionary Memoirs of Shlissel'burg Prison, 1884-1906 (2021).

The presence of Dostoevsky is not the only connection between these two projects. An interest in the spatial dimension equally informs both; I have published an article on the motif of mapping space in Shalamov's stories, and am working on both a cartography of his Kolyma Tales and a network map of his stories. The theme of performance also runs through my research; it is central to my ideas about The Idiot, and to articles I have published on the depiction of criminals in labour camp narratives, and on eavesdropping and spatial conceptions of Dostoevsky's Crime and Punishment and The Adolescent.

SERS2020 The Person, Love and Utopia in Russian Thought (BA)

I have supervised PhD students on topics relating to Gulag literature and narratives of Siberian exile, trauma and memory. In addition to these subjects, I also welcome the opportunity to supervise doctoral research on Dostoevsky, nineteenth-century literature, and Petersburg.

I began studying Russian at school, and got hooked on Russian literature after an early encounter with Gogol's Nose. A degree in Russian and French at Trinity College, Cambridge, including a year studying in Moscow and Minsk, was followed by a brief period translating books on chess theory from Russian. After studying for my Masters in European Languages and Culture at the University of Manchester, I was supervised for my PhD by Malcolm Jones at the University of Nottingham, resulting in a thesis on the role of character in the structuring of the narrative of Dostoevsky's The Idiot. This later became my first book, Dostoevsky's 'The Idiot' and the Ethical Foundations of Narrative.

My work on narratives of prison, hard labour and exile in Russia has resulted n numerous articles as well as a book: Writing Resistance: Revolutionary Memoirs of Shlissel'burg Prison, 1884-1906 (UCL Press, 2021). I am also working on a book-length manuscript on the subject. I blog about my research and teaching at www.sarahjyoung.com, and have two other websites: www.mappingpetersburg.org, and www.shlisselburg.net. 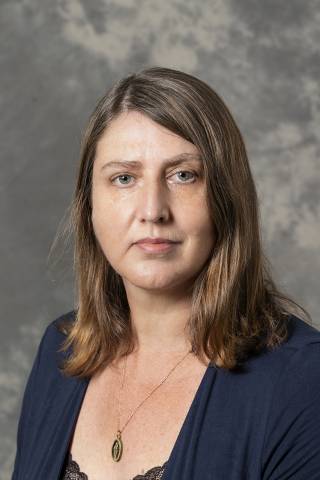