Richard Mole's research focuses the relationship between identity and power, with particular reference to nationalism, sexualities and migration. His research is explicitly interdisciplinary, crossing the boundaries of Sociology, International Relations, Social Psychology and Socio-Linguistics. He has a strong theoretical interest in discourse - particularly, the post-structuralist discourse theories of Laclau and Mouffe - and a regional interest in Russia and Poland and increasingly on Brazil and other Latin American societies.

His most recent research examines the intersections between migration and sexuality. He has  explored this relationship in a multi-sited research project on Queer Migration and Asylum in Berlin and London (funded by the Alexander von Humboldt Foundation) and as part of a large-scale collaborative project on the Sexual Attitudes and Lifestyles of London’s East Europeans (funded by the Medical Research Council).

He is currently Principal Investigator of the Marie Skłodowska-Curie Innovative Training Network 'Delayed Transformational Fatigue in Central and Eastern Europe: Responding to the Rise of Populism' and Director of Research of the Horizon 2020 Framework Programme 'Populist rebellion against modernity in 21st-century Eastern Europe: neo-traditionalism and neo-feudalism’.

He is currently supervising PhD students working on the following research projects:

He has supervised the following PhDs to completion as (co-)primary supervisor:

Richard studied German and Russian at Heriot-Watt University, Edinburgh, and International Relations at the University of Cambridge, where he also worked at the University's Baltic States Research Unit. After four years working for Credit Suisse in London and Zurich, he began his doctoral studies in 1997 at the London School of Economics and Political Science. His PhD thesis examined the relationship between identity and foreign policy in Estonia, Latvia and Lithuania. After completing his PhD, he was a Fellow at the University of Pennsylvania's Solomon Asch Center for the Study of Ethnopolitical Conflict, before taking up a two-year Andrew W. Mellon Research Fellowship at UCL. He joined SSEES in 2004 as Lecturer in the Politics of Central Europe, was promoted to Senior Lecturer in Political Sociology in 2010 and to Professor of Political Sociology in 2019. From 2017-19 and 2021-22 he was the SSEES Deputy Director. In 2007 he was made a Fellow of the UK Higher Education Academy and in 2009 he was awarded a Provost's Teaching Award for excellence in teaching. 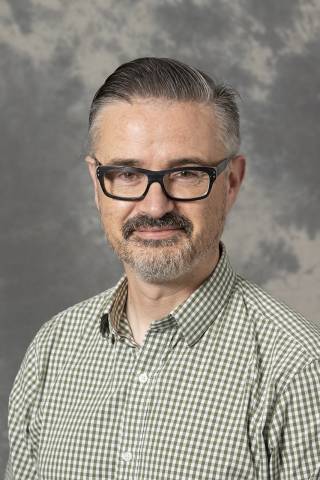