I am a rural historian, political scientist and sociologist. I am interested in historical democratisation and the fate of Agrarian movements between 1850 and 1950 as they attempted to represent the countryside. I am interested in how social, economic and political transformation in the rural world hampered the organizational effectiveness of the Agrarian movements, exploring the consequences of the first triple transition and the ‘triple crisis of the countryside’. My work takes a bottom up approach to explaining the fate of these movements arguing that the failure of Agrarians to sustain themselves long term was due their inability to reconcile competing interests within rural society that stemmed from or were exacerbated by the processes of transition and transformation. My work is comparative and I seek to place East European Agrarianism within a wider European and global experience of politics in the countryside during the first ‘triple transition’.

In addition to this I work on contemporary East European politics with a focus on Romania, Moldova and Poland. I am interested in the relationship between corruption and democratic backsliding within these states.

I am a member of CORN (Comparative Rural History of the North Sea Area) I am the co-founder with Dennis Deletant and Irina Marin of the Romanian-Moldovan Research group which organizes workshops and events on topics broadly relating to the geographical space of modern day Romania and Moldova.

I have been awarded a UCL Grand Challenges prize for a project I am working on relating to health and diet in Eastern Europe with a colleague from UCL Institute of Epidemiology and Health Care.

I studied at Politics at the University of the West of England in Bristol before doing my MA in Central and South-East European Studies and PhD in Social Sciences at SSEES. I have since worked at St Mary’s University College in Twickenham, UCL School of Public Policy, Indiana University in the US and the Open University. 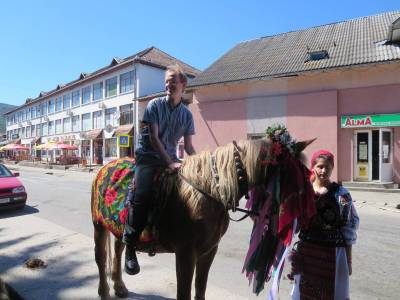