My research is at the intersection of the political science study of authoritarianism, legislative politics, comparative politics, and Russian domestic politics. This can be seen in the four research projects I have carried out to date: 1) on morals legislation reform in post-Soviet states; 2) on budget policy-making in non-democracies; 3) on ‘rubber stamp’ authoritarian legislatures; and 4) on the closure of parliaments in non-democracies.

The core features motivating and unifying these projects are, firstly, an interest in how formal political institutions can play unexpectedly important roles in non-democracies; and, secondly, how the details of particular cases can challenge general expectations and empirical claims. I have published research articles in Comparative Political Studies, the Journal of European Public Policy, Post-Communist Economies, and the Journal of Legislative Studies.

Parliaments in non-democracies are often dismissed as mere ‘rubber stamp’ legislatures – ‘window dressing’ that serves only to cloak the reality of authoritarian decision-making. My research into the Russian State Duma demonstrates profound problems with this view. My award-winning research – drawing on an original dataset of law-making processes gathered during two years of fieldwork in Moscow – shows that, although opposition legislators are largely impotent, executive actors use legislative institutions to help resolve policy conflicts between themselves. This shows why it is still worth studying formal political institutions in non-democracies, even if the opposition has little influence through them. This work forms the basis for my book manuscript.

The vast majority of recent work on authoritarian legislatures focusses on the creation and normal operation of these institutions. Very little work looks at the end of these bodies’ lifecycles. And yet, my knowledge of parliamentary closure episodes from Russia in 1906 and 1993 suggested that there is important variation in the modes and mechanisms of parliamentary shutdown. My current research project – ‘Parliaments Under Fire’, supported by a British Academy Rising Star Engagement Award – brings together a worldwide network of early career scholars with expertise on legislative politics in different regions.

I welcome expressions of interest from those thinking of undertaking doctoral research in the area of Russian domestic politics who think my research profile fits their interests.

I completed my doctorate at the University of Oxford in 2016, with a dissertation on the politics of lawmaking in contemporary Russia, which was awarded the Walter Bagehot Prize by the Political Studies Association. From 2015 to 2017, I held a Junior Research Fellowship at New College, Oxford. Between 2017 and 2021, I was a Senior Researcher at the Higher School of Economics, Moscow. Since 2020, I have been an Associate Fellow at Chatham House (the Royal Institute of International Affairs).

I have an undergraduate degree in Philosophy, Politics, and Economics and an MPhil in Russian and East European Studies from the University of Oxford. 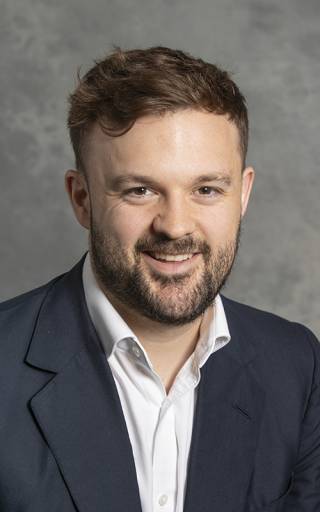