My principle research interest lies in what I believe to be the key issue in the modern history of the Balkans, namely the nexus of religion and nationalism, the two most powerful identitarian forces. I explore historical factors, causality and agency that led to the identification of confessional affiliation and national identity among almost all Balkan nations in the wake of the demise of two Empires (Ottoman and Habsburg), which ruled the region over centuries. Following on from my book Religious Dissent in the Age of Modernization and Nationalism (extended version in Serbian Nazareni među Srbima) that dealt with the key period when the confessional/national symbiosis was cemented, in a range of other articles I have looked at the manifestation and consequences of this development, looking at issues that range from the legacy of Enlightenment or discourse on Islamisation to more contemporary phenomena such as alleged Marian apparitions in Međugorje in Bosnia. In other studies I looked at counter forces to historical inevitability of nationalism or foreign influences such as Habsburg Confessionalism, challenging the view that the Balkans is a repository of ethno-national/confessional identities. Along the same lines is my slowly emerging book which is a lengthy history of the Serbian Orthodox Church in which I question and revise its existing historiography.

My research into nationalism in the Balkans inevitably pushed me into historiographical discussion on the origins of the First World War that flared up on the occasion of its centenary. My own contribution was a piece on “Forgotten Yugoslavism and anti-clericalism of Young Bosnians” as well as critical reviews of some recent historiographical re-appraisals. My article was a follow up on my previous research into the origins and nature of Yugoslavism as an alternative to confessionally tainted nationalism.

I am also taking part in a big project looking at the transnational connections of resisters and resistance movements in Europe during the Second World War, financed by a Leverhulme network grant. Within that project I am working on collecting and investigating the memoirs of Jewish refugees from (Vienna, Prague, Berlin) who spent war years in the Balkan highlands hiding or joining local resistance movements. I read them as testimonies of an apparent paradox that European backwaters and its peoples, so often considered backward and uncivilised, offered refuge to people escaping from the very capitals of European culture and civilisation.

After a long hesitation I recently began to write about my war time experience in the 1990s. Exploring a new auto-ethnographic perspective in dealing with history turned out to be my mostly read and re-published article. I am also trying to link my research with contemporary challenges and make historical knowledge relevant for policy debates. For many years I have been conducting research on the activities of Faith-based charities in the Balkans and on Western support to churches and religious organisations in the hope that they will contribute to reconciliation and stabilisation, a premise which I question. Finally I am interested in the peculiarities and differences in secularisation patterns between Western and (South) Eastern Europe and analyse more specifically monastic traditions.

SEHI7009 The Age of Extremes in the Balkans (BA)

SEHI2007 The Rise and Fall of Yugoslavia (BA) 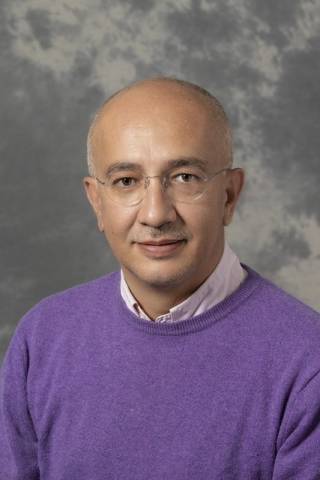