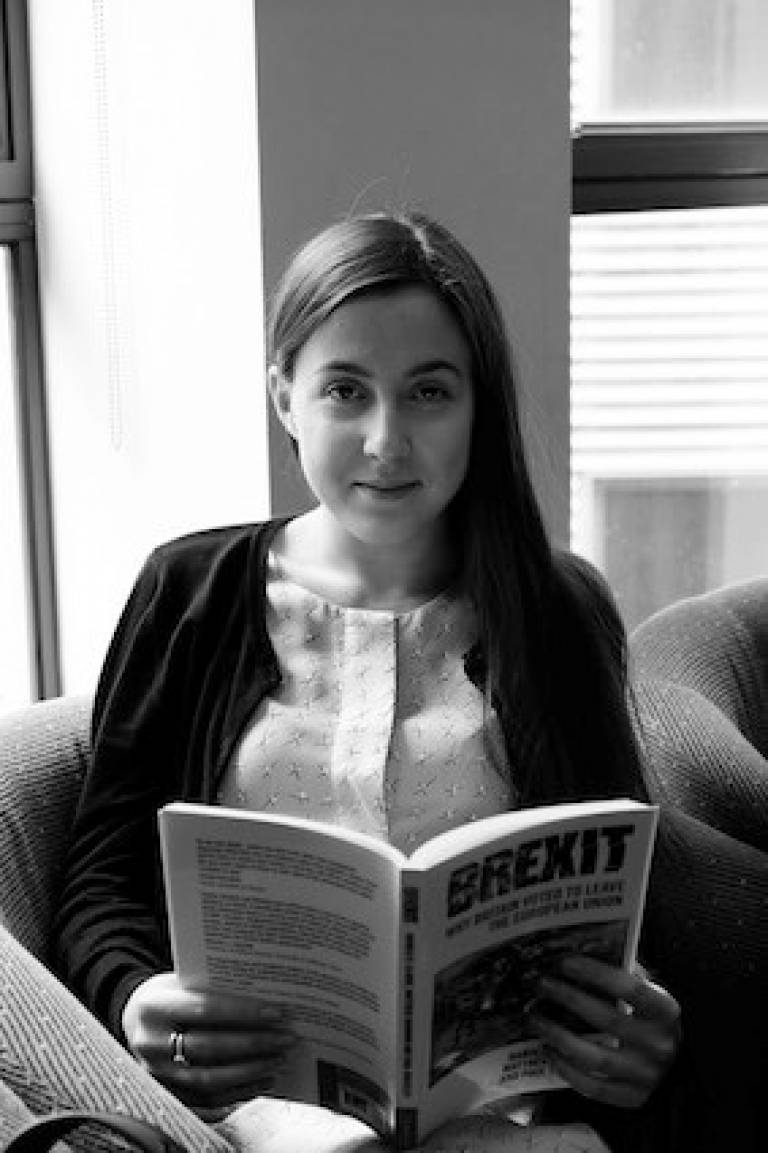 SSEES is delighted to learn that Dr Alexandra Bulat, recent PhD graduate (2020), has been awarded a Provost Public Engagement Award, winning the 'Find Your Voice' category.

In the context of the Brexit referendum, Alexandra’s PhD research explored how local level contact shapes attitudes to EU migrants, through a comparison of British, Romanian and Polish residents’ views in two English local authorities (Newham and Tendring). Inspired and supported by public engagement training at UCL to further engage public groups in her research, and informed by her personal experience as an EU migrant, Alexandra began to developed a platform for influence and advocacy in relation to EU citizens’ rights during her studies. She has been interviewed and written for various media outlets (including TV, radio and print media) as a spokesperson for the Young Europeans initiative and became a key contributor to the3million, a grassroots organisation of EU27 citizens in the UK which campaigns to protect EU citizens’ rights in the UK, where she currently works. She has also volunteered with Settled, a new charity to support vulnerable EU citizens to get Settled Status to remain in the UK.  Alexandra has made a substantial contribution to societal debate, politics and policy development at such an early stage of her academic research career, bringing her research insights and lived experience together to advocate for a wider public.

Huge congratulations from all of us at SSEES!

These awards celebrate the achievements of the projects and people whose collaborations have made a positive impact in and with communities locally, nationally and around the globe and are organised by the Engagement Team, part of UCL Culture.