On the 4th and 5th of November, UCL SSEES in partnership with Open Russia came together to commemorate the Centenary, and discuss the broad, complex legacy of 1917 across the century that followed. 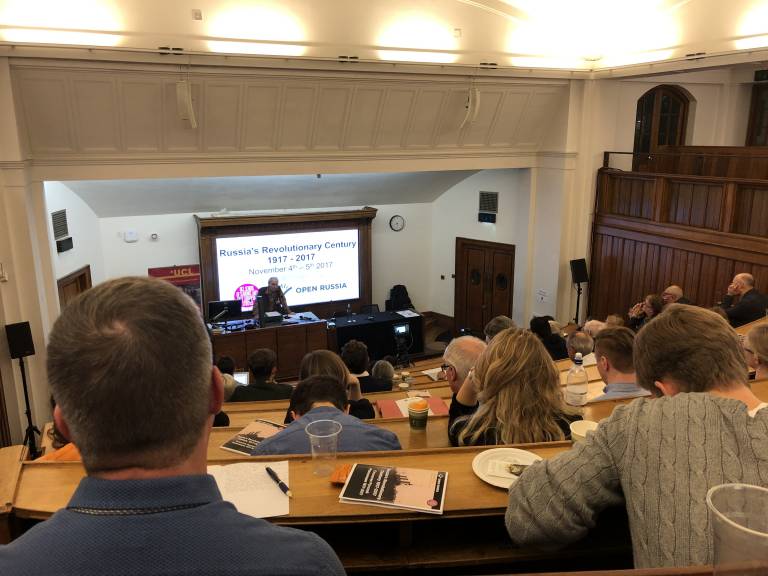 Please enjoy the recordings made of these excellent panels, with thanks to Open Russia for the films.

Revolution and Memory, presented by U. Blacker, S. Dixon and A. Willimott. Moderated by Pete Duncan

Panel 2 - Revolution and Empire
Sarah Badcock ‘Kaleidoscopes of revolution: Views from the provinces in 1917’
Jennifer Keating ‘At the margins of revolution: 1917 and beyond in Central Asia’
Kristin Roth-Ey ‘Soviet media empire and revolution’
Moderator: Stephen Lovell

Revolution of the Mind&Body, presented by D. Beer, P. Waldron and C. Shaw. Moderated by A. Schönle

“The Triumph of Distrust: 1917 and Soviet Society”

Geoffrey Hosking “The Triumph of Distrust: 1917 and Soviet Society”