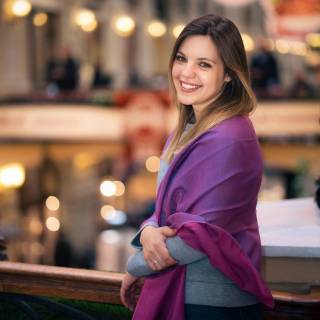 Working title of thesis: Russian Liberal Émigrés in the Civil War and Their Relations with the West in the Context of the New World Order

Research: My research focuses on the intersection of international relations theory and history. I am analysing the contribution of Russian liberal thinkers to the broader discussion of liberalism and the New World Order following the First World War. Russia is often overlooked in the study of the Versailles peace treaty and the formation of the League of Nations due to its internal political struggle, which resulted in its Civil War, and pulling out of the Triple Entente. Historians look at Russian relations with the West in 1917-1921 largely through the lens of diplomatic history. They analyse the relations between Western states, the Bolsheviks, and the Whites, and the support the West provided to the White movement. Russian political thought during this time is not so widely discussed, even though Russian liberals – just like their Western counterparts – reflected on the New World Order while considering Russia’s place in an evolving political climate.

I focus my research on Russian émigrés since most liberal thinkers fled from their country as a consequence of the Civil War. Settling across Europe and in the United States, they established national communities and started their own publications– which were easy to neglect since a lot of this work was produced in Russian. Nevertheless, their study can make a significant contribution to the history of political thought in the inter-war period.