Keir Giles on Russia's War on Everybody 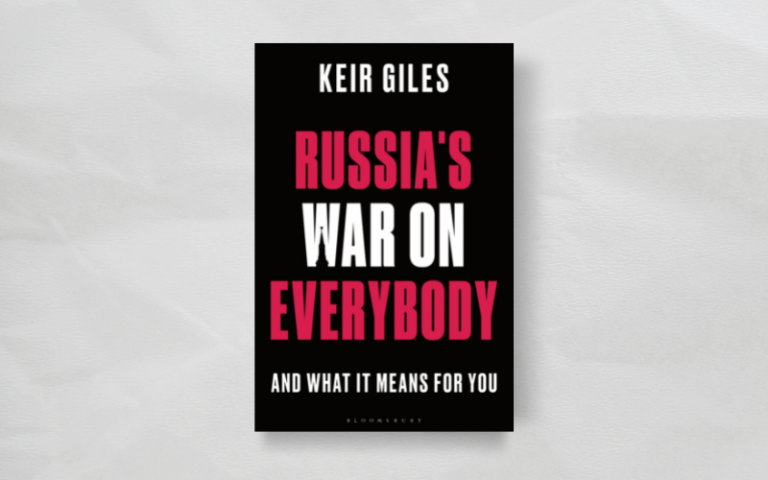 Please join us for this SSEESing NOW event with Keir Giles, who will talk about his recent book 'Russia's War on Everybody' (2022). The discussant for the event will be Dr Precious Chatterje-Doody (The Open University). This event will take place in-person, but will also be livestreamed online.

Russia's 2022 attack on Ukraine saw confrontation between Moscow and the West spill over into open conflict once again. But Russia has also been waging a clandestine war against the West for decades. Hostile acts abroad, from poisoning dissidents to shooting down airliners, interfering in elections, spying, hacking and murdering, have long seemed to be the Kremlin's daily business. But what is it all for? Why does Russia consistently behave like this? And what does it achieve?

At this event, Keir Giles will present his recently published book, which explains how and why Russia pushes for more power and influence wherever it can reach, far beyond Ukraine – and what it means not just for governments, but for ordinary people.

The discussant for the event will be Dr Precious Chatterje-Doody – Lecturer in Politics and International Studies at The Open University. Dr Chatterje-Doody's research centres on questions of communication, perception, and security, with a focus on Russia.

The talk and discussion will be followed by a reception, at which drinks and nibbles will be available.

Copies of Russia's War on Everybody will be available to buy at the event.

Keir Giles has been a professional explainer of Russia for over two decades, and has briefed and published for governments, armed forces and think-tanks in more than a dozen countries around the world.

Immediately after graduating from SSEES in 1991 Keir co-founded the first company providing Western pilots the opportunity to fly Soviet military aircraft, operating from sites near Moscow and in Crimea. He later joined the BBC Monitoring Service (BBCM) collecting open source information from Russia for UK government and other customers, where he was half of a two-man team setting up the first Monitoring office in the former Soviet Union, in Moscow. Specialising in the Russian military and aviation led to a secondment from BBCM to the UK Defence Academy's Conflict Studies Research Centre (CSRC) in 2005.

At the Defence Academy, Keir wrote and advised for UK and international government customers on human factors affecting Russian military, defence and security issues. After the Defence Academy's Russia-related research programmes were closed down in April 2010, Keir brought key team members into the private sector to re-establish CSRC as an independent provider of research and expertise.

Keir is now a Senior Consulting Fellow with the Russia and Eurasia Programme of Chatham House in London. He is the author of "Moscow Rules: What Drives Russia to Confront the West" (Brookings, January 2019), an examination of the persistent factors causing relations with Russia to fall into crisis. Former Estonian president Toomas Ilves said of the book that "my only regret is that I did not have this 35 years ago". Keir's current book is "Russia's War on Everybody", describing the impact of Moscow's hostile campaigns on ordinary people around the world.