New wave of political repression in Belarus. What can the West do? (Online Event) 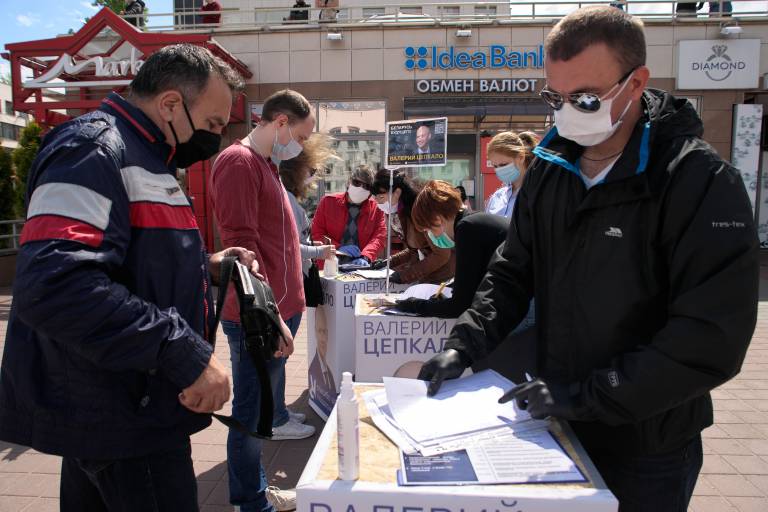 Join us for this SSEESing Now! event on the Belarusian presidential elections.

Belarus will hold a presidential election on 9 August. This was supposed to be just another formality to secure the incumbent, President Alexander Lukashenko, his sixth term in office – but something went wrong. Against the backdrop of the COVID-19 crisis, Belarus’ scorched political landscape has suddenly come back to life.

With the emergence of three strong opposition figures and a significant drop in Lukashenko’s popularity, this election campaign has already proved to be one of the most interesting in the country’s history.

At the same time, it seems that Lukashenko has decided not to take his chances, casting aside the façade of democratisation. After almost ten years of moderate reforms, Belarus has started a massive crackdown on the opposition and civil society.

In the last month alone, hundreds of people have been arrested, including the two most popular potential opposition candidates and all popular political bloggers. There have been reports of torture. The authorities have seized the country’s largest private bank and closed down the most popular crowdfunding platform. The Election Commission has arbitrarily scrapped hundreds of thousands of signatures in support of the opposition candidates, thus denying the registration of some of them.

By all accounts, Belarus is once again turning into a pariah state, which it had long been in the late 1990s and early 2000s.

Which brings us to the question: What can, or should, the West do in this situation?

Registration is free but essential, please sign up to receive the link on Zoom.