“To fight for their rights, against U.S. aggression”: Romania and the Vietnam War 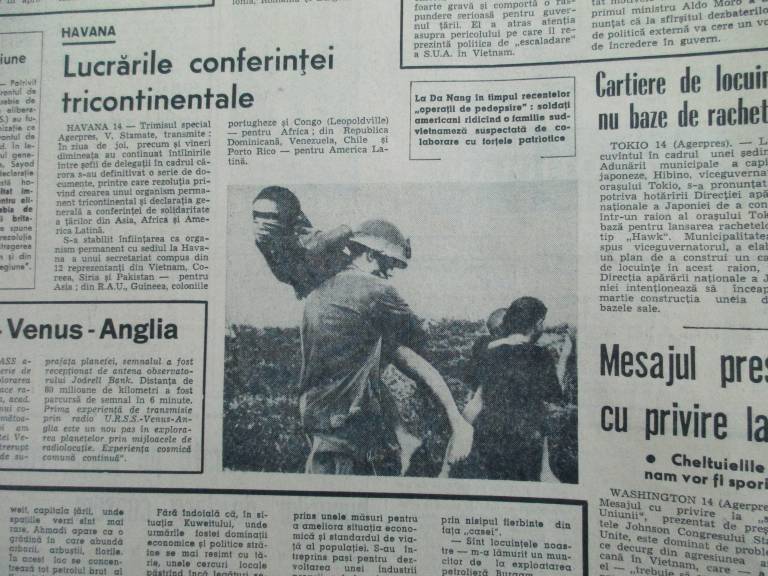 This talk contributes to recent scholarship on “peripheral” players during the Cold War by examining Romania’s engagement with the Vietnam War.  In Romania, the Vietnam War served as a platform for critiquing imperialism with the press graphically depicting American barbarity against Vietnamese civilians and glorifying the Vietnamese People’s Army as heroic freedom fighters. Such articles were intended to foster popular solidarity with the Vietnamese people in their struggle for national liberation. Meanwhile, media attention to the conflict underscored the benevolence of the Romanian government, serving as a vehicle for legitimizing both socialism and nationalism. At the same time, the Vietnam War was part of the everyday imaginary as Romanians wrote to the party leadership to share their thoughts about war, and, in some cases, request permission to fight alongside their “socialist brothers.”  Drawing on these letters, this talk will discuss Romanians’ views on the war in Vietnam, placing them within the context of media representations of the conflict, Romania’s efforts to forge closer relations with countries in the Global South, and Nicolae Ceauşescu’s promotion of peace and national roads to socialism. It demonstrates that the war served, at least for some, as a basis for expressing their commitment to peace and human rights and fidelity to socialism and national sovereignty. It also sheds light on Romanians’ perception of their roles as members of a developing socialist nation, ideally poised to aid North Vietnam in achieving its political goals.

Jill Massino is associate professor of history at UNC Charlotte, where she teaches courses on modern European and comparative history.  She is author of a number of articles and books, including Gender Politics and Everyday Life in State Socialist Eastern and Central Europe, co-edited with Shana Penn (Palgrave, 2009) and Ambiguous Transitions: Gender, the State, and Everyday Life in Socialist and Postsocialist Romania (forthcoming Berghahn Books, 2019).  Her current project, “Cold War Collaborations,” explores Romania’s relationship with a number of countries in the Global South.