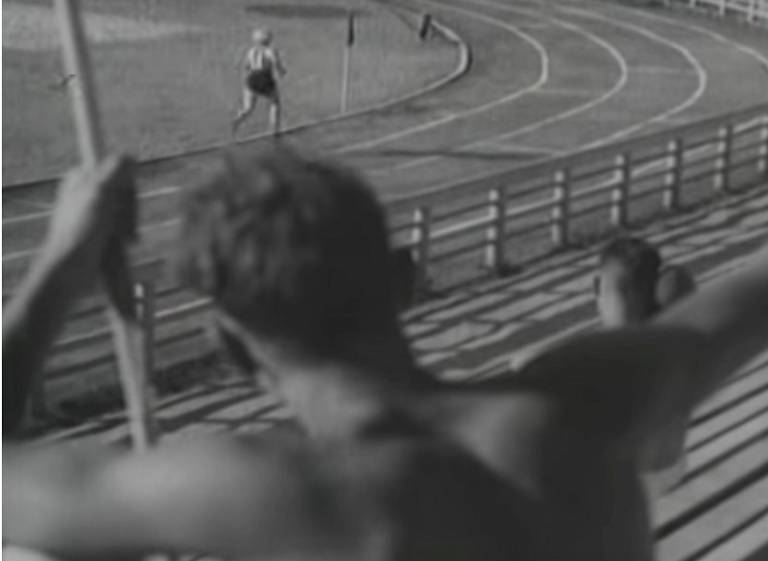 Samuel Goff will present on the following topic: 'Girls on the run: gender, emotion and spectatorship in 1930s fizkul'tura film' at this seminar organised by the Russian Cinema Research Group.

The advent of Stalinist cinema was marked by the arrival of the individual, emotionally coherent hero, replacing the mass agents of earlier avant-garde work. From 1928 onwards, first the sensual, and then the emotional world of characters became increasingly important in Soviet cinema, as filmmakers sought to place their characters in productive interrelationship with the world; this was accompanied by a general retrenchment in terms of gender roles in work and domestic life. Of course, these newly conceived heroes still had to exist in dynamic relationship with the broader Soviet collective. My research looks at fizkul'tura and its onscreen representation to explore how the dynamic between individual and collective was mapped out in a new, specifically Soviet model of spectatorship. In this seminar, I will discuss two fizkul’tura romantic comedies from the 1930s that centre on pregnant female runners — Lavry Miss Ellen Grei (Iurii Zheliabuzhskii, 1935) and Sluchainaia vstrecha (Ivan Savchenko, 1936) — to map out the confluence of Stalinist gender, Stalinist emotion, and Stalinist spectatorship. As the most ‘stripped down’ of athletic pursuits, running allows directors to reimagine the ways in which hero(in)es relate to their own bodies as both the sites of subjectivity, and as objects of emotional investment for the onlooking crowd.

Bio: Samuel Goff completed his PhD under Emma Widdis at the University of Cambridge, where he supervised in Russian and Soviet history and cinema. He is Features Editor at The Calvert Journal.