Innovation and social reality in the plays of Ivan Cankar 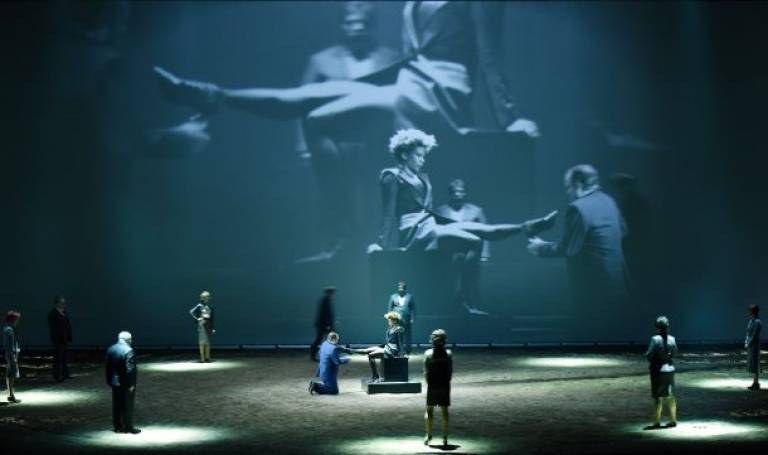 This year we recall the 100th anniversary of the death of one of the most important Slovene writers, Ivan Cankar. He lived only for forty-two years, but wrote an enormous amount. His legacy runs to thirty books in the elite edition Collected Works of Slovene Poets and Writers, which includes not only poetry, prose (novels, novelettes) and plays, but also many of the letters, speeches, lectures, critical reviews, polemics, essays, serials, political and satirical writings that round out Cankar’s literary production. Although the plays make up only about a tenth of his work, Cankar’s dramatic writing made an extremely important contribution to the development of Slovene literature. His plays are universal in their message, topical in their ideas and challenging to stage; and so they can be found on one Slovenian stage or another nearly every year. Cankar has an extraordinary touch for analysing the social situation in Slovenia as well as the ability to identify its general patterns. He transforms all of this into an innovative dramatic form, sometimes a bourgeois drama, sometimes satire or farce, sometimes a meditative Symbolist play.

This lecture is part of the World Festival of Ivan Cankar, organised within the programme Slovene at Foreign Universities and being held at more than sixty universities around the world between December 3rd and 7th. Students at foreign universities have been translating excerpts of Cankar's works that have recently been published in the Anthology of Ivan Cankar’s literature. Students of Slovene evening classes at SSEES UCL that have been working on this project will read some of their translations during the lecture.

This event is hosted by UCL SSEES and made possible by the generous support of the Centre for Slovene as a second and foreign language at the University of Ljubljana. Slovene wine will be served, courtesy of the Embassy of Slovenia in London. All are welcome, registration is not required.

at University of Ljubljana’s Faculty of Arts

Mateja Pezdirc Bartol is an associate professor of Slovene literature in the Department of Slovene Studies at the University of Ljubljana’s Faculty of Arts, where she lectures in the history of Slovene drama and theatre, and the theory of drama and youth literature. She is the author of a number of academic articles and monographs: Najdeni pomeni: empirične raziskave recepcije literarnega dela (Meanings Found: Empirical Studies on the Reception of Literary Works, 2010), Navzkrižja svetov: študije o slovenski dramatiki (The Collision of Worlds: Studies on Slovenian Drama, 2016); and edited the volumes Slovenski jezik, literatura, kultura in mediji (Slovene Language, Literature, Culture, and Media, 2008), Telo v slovenskem jeziku, literaturi in kulturi (The Body in Slovene Language, Literature, and Culture, 2009), and Slovenska dramatika (Slovene Drama, 2012). The focus of her research is Slovene drama, theory of drama, comparative and intercultural contact, the role of the recipient in literary and theatrical communication and intermedia approaches to literature.