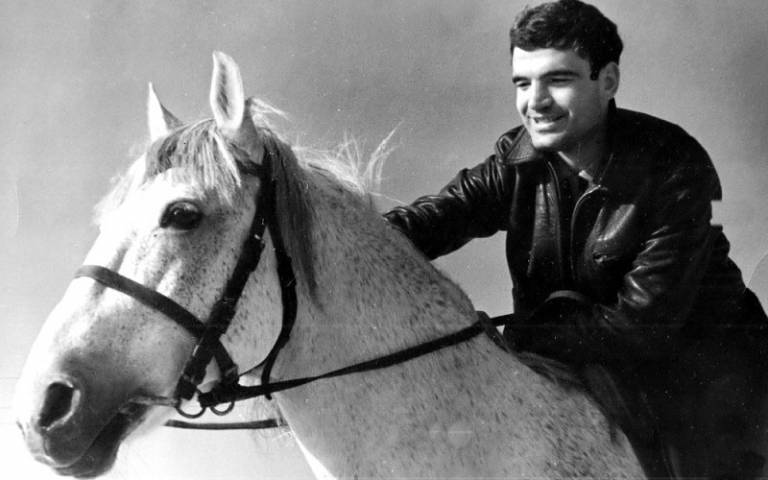 Alex Graham (UCL SSEES) will speak on the following topic: Gennadii Shpalikov and the Cinema of Impossibility: Auteurism, Cinephilia and Politics from VGIK to Lenfil'm at this seminar organised by the Russian Cinema Research Group.

Gennadii Shpalikov was a unique literary talent and widely considered the most promising young screenwriter of his generation, until a change in political epochs coincided with a desperate personal unravelling to precipitate the tragic decline of this poet, lyricist and filmmaker, who took his own life at the age of 37. This is the summation conventionally bequeathed to us in the recent broadcasts, memoirs and popular histories that have woven a generationally emblematic mythology around Shpalikov’s persona. Today, the custodial devotion of his shestidesiatniki friends meets the unapologetically persistent notion of ‘Thaw’ culture wherever their “Mozart among us” is celebrated, mourned and speculated about. However, beyond a wealth of compelling anecdotes, a handful of remarkable encounters and one wildly popular song about Walking the Streets of Moscow, there is a body of profoundly original and critically neglected artistic output that includes Shpalikov’s only directorial work. A Long, Happy Life is one of the Soviet 1960s’ most aesthetically atypical films. It demonstrates the extent to which certain of the recently formed, permanent ‘creative units’ in major Soviet feature-film studios had become empowered enough to pursue ambitiously innovative production strategies. Nonetheless, as the ground beneath these institutions shifted towards a politically reinforced conservatism, the shestidesiatniki intelligentsia began to explore (and repress) its disillusionment with the period of cultural possibility seemingly bookended by the 20th party congress in 1956 and the Soviet invasion of Czechoslovakia in 1968. Shpalikov’s directorial debut was a statement of enchanted cinephilia and of disenchantment with the ‘real’ at the crux of this historical moment, after which the continuation of his filmmaking career became a political and a personal impossibility.

My seminar will explore the idea of the impossible as a theme in Shpalikov’s artistic output and a reality in his written correspondence and professional conduct. Irreconcilability – of the ‘high’ to the ‘low’, of the magical to the everyday, of Shpalikov himself to the compromises exacted by his time – is, to my mind, the key concern of the lyrical fabric and exalted emotional pitch in this body of work. Here, I will address the cultural preoccupations that inform the prevailing Shpalikov myth, provide a historical context for his ascent and decline as a filmmaker, and use the example of A Long, Happy Life to orientate a broader discussion of the impossible dreams, desires and personal relationships that make up the Shpalikovian vision of life, in text and on film.

Alex Graham is a PhD candidate and Wolfson Foundation scholar at UCL SSEES. His doctoral research focuses on the politics of film production at the Lenfil'm studio in the years between 1961 and 1991. It combines the study of innovation in film aesthetics and changing institutional structures to ask how late-Soviet cinema functioned as a creative industry and an ideological system. Alex has written on the cinema of Aleksei German Sr. (Studies in Russian and Soviet Cinema, 6, 2012, 2, pp. 177-216) and maintains an active research interest in the work of this filmmaker. His recent collaborations in screening Russian and Soviet cinema include participation in the Kino Klassika season 'A World to Win: A Century of Revolution on Screen', as well as the BIMI Essay Film Festival, the Open City Documentary Festival and the SSEES Centenary Film Festival.

All Welcome to attend, no registration is required.