A Saint-like Aviatrix and the Moral Vertical in Larisa Shepit´ko’s Wings (Kryl´ia, 1966) 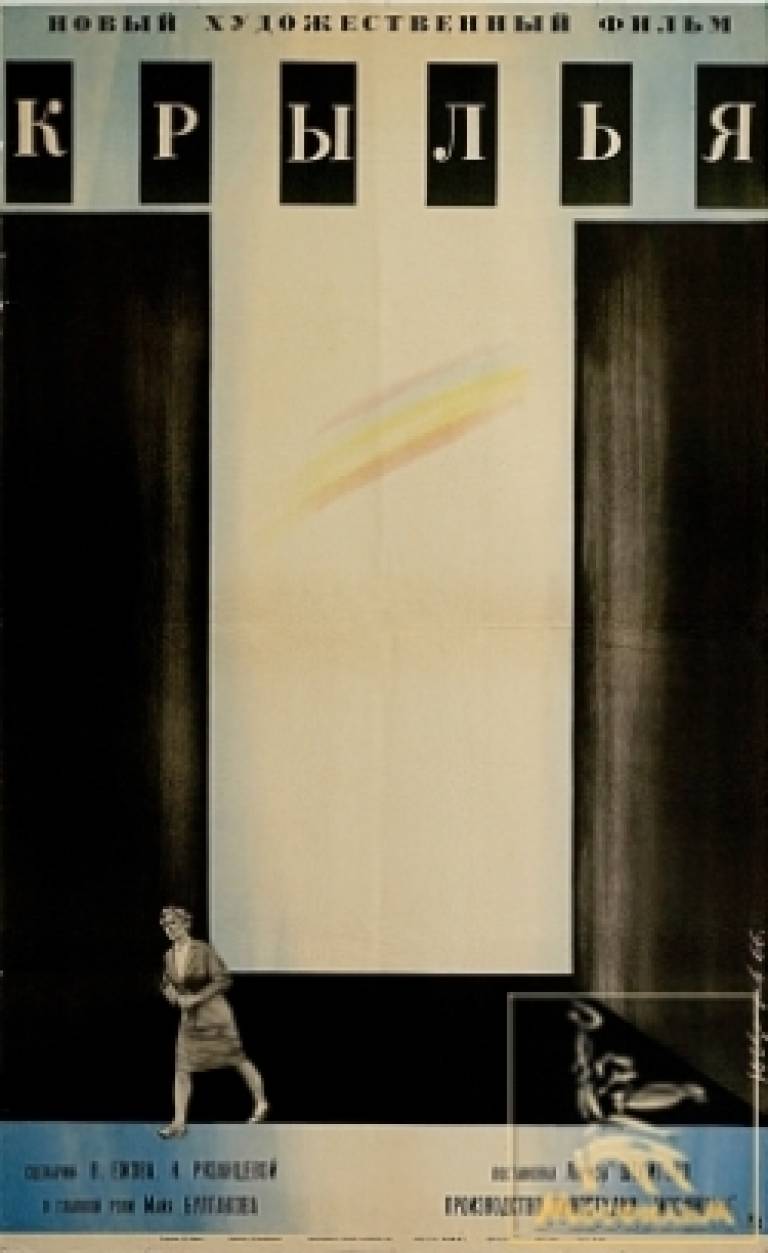 Petrukhina struggles to find her place in 1960s Soviet society, in terms of her work but also in her family, friends and romantic relations. In her daydreams she travels back in time and up in the air. Throughout the film, the spatial division between earth and sky, and verticality are emphasised, culminating in the dramatic ending, where Petrukhina hijacks an airplane and takes off into the mist. By assessing the different notions of verticality - both physical and metaphorical - in Wings, I argue that an alternative reading than the one often made is justified. A reading where Nadezhda Stepanovna is not seen as a defeated tragic heroine, who in the end sees no other escape, but rather as a saint-like creature who regains control and establishes herself in the space where she belongs. This reading is also fruitful in a larger discussion about women’s roles in Russian culture and society.

The vertical approach used in my reading of Wings involves the use of metaphorical notions of verticality embedded in Russian culture, such as the well established Power Vertical and the less obvious but no less important Moral Vertical. But in the vertical approach I also use an understanding of physical verticality, expressed in film through camera angle, perspective and the use of airplanes and flying.

Bio: Åsne Ø. Høgetveit is a postgraduate working in the field of Russian culture at the University of Tromsø The Arctic University of Norway, and a member of the Russian Space: Concepts, Practices and Representations research group. She started in her position in 2015, and her project focuses on Russian cinema, morality, women and the notion of verticality. In 2016 she published the article «Memory of a soldier» (full text in Norwegian only), analysing female soldiers in Russian and Soviet cinema. She has also written film reviews for the online cinema journal KinoKultura.