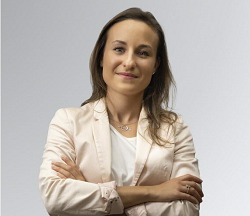 Congratulations to Nour Skaf, CSED Honorary PhD Student, who was awarded the L'Oréal-Unesco For Women in Science Rising Talent Prize 2021

Nour was awarded the prize for her research about direct imaging of extrasolar planets. The award ceremony took place at the Institut Henri Poincaré in Paris, on October 7th.

Nour is enrolled in a PhD at LESIA (Observatoire de Paris-PSL) working on "The self-optimisation of adaptive optics (OA) for the study of exoplanets in direct imaging”. She carries out her research jointly between LESIA, UCL-CSED, and the SCExAO team at the Subaru telescope in Hawaii. She is part of the Ariel consortium, ESA’s next space mission aiming at studying exoplanet atmospheres.

The grant coming along with the L'Oréal-UNESCO prize will help her have a sophisticated coronograph manufactured, which will allow to make the link between her research projects by combining the gain in imaging with spectroscopy.

Nour is also very involved in outreach in astronomy and astrophysics. Passionate about night sky photography and nature, she is very active at alerting the general public to the fragility and unique beauty of our planet. 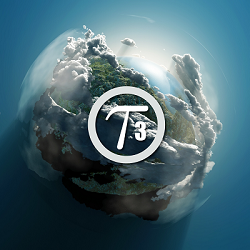 With great anticipation, the newest version of the open-source framework TauREx 3.1 is finally available to the public!

The UCL team, led by Dr Ahmed Al-Refaie, has worked hard to bring new groundbreaking features and performance improvements to the community.

TauREx 3.1 features the new plugin system, allowing anyone to enhance and grow the framework with minimal effort. Accompanied with this release, TauREx 3.1 has plugins for blazing-fast GPU modelling, new chemistries, samplers, opacities and even other spectral codes! Our most recent publication exploits this powerful feature to compare the exoplanet chemistry codes ACE, Fastchem and GGChem, demonstrating their consistency in modelling exo-atmospheres.

TauREx 3.1 is central to CSED commitment to open science and plan to publish its research software open source. 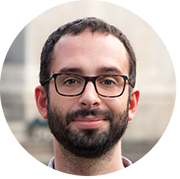 Congratulations to Dr Ingo Waldmann, CSED Deputy Director, who has been appointed Fellow of The Alan Turing Institute!

Artificial intelligence (AI) experts from around the world have been competing for the opportunity to help astronomers to explore planets in our local galactic neighbourhood.

The European Space Agency’s Ariel telescope, which launches in 2029, will study the atmospheres of around 1000 planets outside our solar system, known as exoplanets. Observing faint signals to measure the make-up of exoplanet atmospheres is incredibly challenging and is made even more so by other signals the instrument may pick up. The effect of star activity, like sun spots, and even the noise of the spacecraft itself can obscure the information scientists receive from Ariel.

The Ariel Machine Learning Data Challenge, sponsored by Spaceflux Ltd, was set to harness the expertise of the artificial intelligence community to help disentangle this unwanted noise from the light filtering through exoplanet atmospheres. Over 110 teams from around the world participated with 35 teams submitting viable solutions. The teams represented a mix of academia and AI companies.

The competition winners, ML Analytics, an artificial intelligence company in Portugal, and a team from TU Dortmund University in Germany were able to achieve highly accurate solutions for even the most difficult to observe planets.

To continue reading the full press release, follow the link above.

A new Ariel Machine Learning Data Challenge has been launched called: Machine vs Stellar and Instrument Noise. Check out the website for more information! 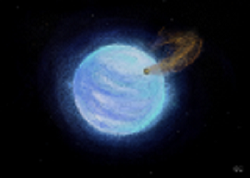 How can some planets be hotter than stars? We’ve started to unravel the mystery

Until the early 2000s, the only known planets were located in our own neighbourhood, the Solar System. They broadly form two categories: the small rocky planets in the inner Solar System and the cold gaseous planets located in the outer part. With the discovery of exoplanets, planets orbiting stars other than the Sun, additional classes of planets were discovered and a new picture started to emerge. Our Solar System is by no means typical.

The European Space Agency (ESA) have formally adopted Ariel, the first mission dedicated to study the nature, formation and evolution of exoplanets. Ariel has passed major feasibility reviews and has been formally adopted into the program of future missions for implementation. It will survey about 1000 planets outside our solar system during its lifetime. Ariel will unveil the nature, formation and evolution of a large and assorted sample of planets around different types of stars in our galaxy. Ariel press release. ESA press release.

Water vapour has been detected in the atmosphere of a super-Earth with habitable temperatures by UCL researchers in a world first. K2-18b, which is eight times the mass of Earth, is now the only planet orbiting a star outside the Solar System, or ‘exoplanet’, known to have both water and temperatures that could support life. The discovery, published in Nature Astronomy, is the first successful atmospheric detection for an exoplanet orbiting in its star’s ‘habitable zone’, at a distance where water can exist in liquid form.