UCL Festival of Culture - one week to go

Now in its fourth year, the UCL Festival of Culture provides a great opportunity to discover the world-class research being carried out by staff and students from across the arts, humanities, social sciences and education. 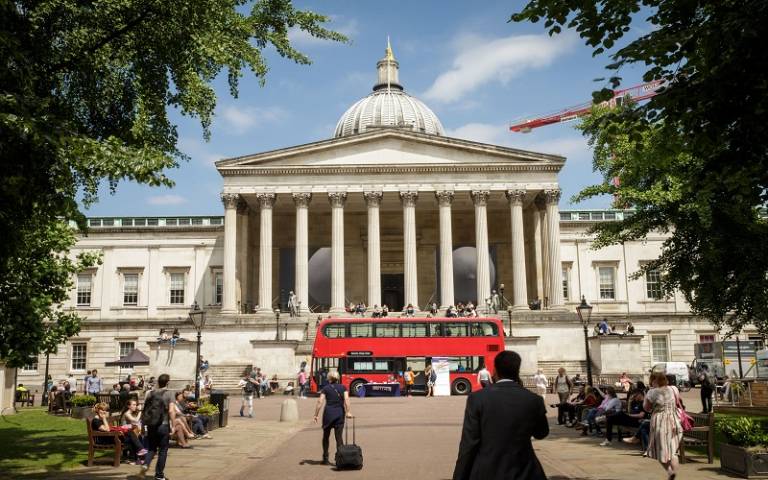 'UCL’s Festival of Culture is brilliant at bringing UCL’s huge variety of arts, humanities and social sciences expertise to the attention of a wide audience and giving it the prominence it deserves,' says Lori Houlihan, UCL Vice-Provost (Advancement). It has become a highlight of UCL’s year, with eclectic programming and highly creative public engagement.'

‘I hope like me you will take the opportunity to celebrate the exceptional work that is being undertaken in the arts, humanities, social sciences and education across UCL. With exhibitions, film screenings, panel discussions, performances, talks and tours, there really is something for everyone,' says Professor Anthony Smith, UCL Vice-Provost (Education & Student Affairs).

This year’s UCL Festival of Culture explores some diverse issues and will bring particular research areas to life through talks, performances, tours, exhibitions, panels and screenings.

The UCL Festival of Culture is taking place from 3-7 June 2019 and is open to all.

Browse the full programme online and book your tickets