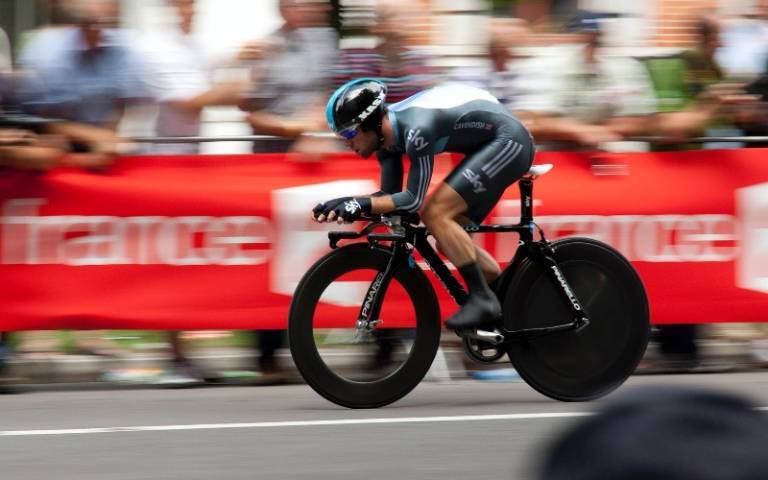 The research, published in BMJ Open Sport & Exercise Medicine, is the latest in a series of studies led by the UCL Centre for Oral Health and Performance (COHP), based at UCL Eastman Dental Institute, which have found that elite athletes have substantial rates of oral disease, including tooth decay and gum inflammation, and these symptoms negatively affected their wellbeing and sporting performance.

Explaining the study, lead author, Dr Julie Gallagher (UCL Eastman Dental Institute), said: “Poor oral health of elite athletes is common and is associated with negative performance. However, compared with other health and training pressures, oral health care is not a high priority in elite sport.

“We therefore wanted to develop a programme which was aligned with the existing high-performance culture of the athletes and their teams. Underpinning the study was health behaviour psychology, which included education, self-motivation, goal setting, and an easy to use toolkit, ensuring the athletes had a readily available opportunity to improve.”

In total, 62 athletes from two Great Britain Olympic Teams, rowing and cycling, and one Premiership Rugby Club, Gloucester Rugby, were recruited to the study.

In addition, each athlete received an oral health screening to check for diseases such as caries (tooth decay) and gingivitis (gum inflammation). They were then given a bespoke follow up report with tailored advice and an oral health toolkit, containing a manual toothbrush, prescription fluoride toothpaste and flosspicks. As a minimum, they were also asked to brush their teeth for two minutes twice a day, to include brushing before training in the morning and before bed in the evening.

In total 89% of athletes completed the four-month study. On completion athletes were asked to fill in an oral health knowledge questionnaire, undergo a follow-up gingival (oral disease) assessment and evaluate the oral health kit.

The study found that the behaviour change model was associated both with reductions in self-reported negative performance impacts and in improvements in oral health behaviours.

Athlete use of prescription strength fluoride toothpaste increased from 8 (12.9%) to 45 (80.4%), use of interdental cleaning aids at least two to three times per week increased from 10 (16.2%) to 21 (34%). Bleeding (gums) score remained unchanged. A desire to avoid inflammation in the body resulting from poor oral health was cited by 93% of athletes as the key motivator to make changes to their oral health routine.

Improvements in sporting performance were measured using the Oslo Sports Trauma Research Center Overuse Injury Questionnaire (OSTRC-O), developed to monitor illness and injury in elite athletes. UCL COHP adapted the questionnaire to focus on oral health, asking the extent to which the oral health problem affected 1) sports participation, 2) training volume; 3) sporting performance; and 4) the extent to which the individual has experienced oral pain.

As a result of the behavioural change programme the mean OSTRC score across athletes reduced from 8.73 (out of 100) to 2.73, which while low at the outset, does indicate a statistically significant reduction in problems associated with oral health and sporting performance.

In addition the number (proportion) of athletes who reported a 0 (zero) score, meaning they had no negative sporting impact from oral health conditions, increased from 32 (51.6%) at baseline to 54 (98.2%) at the end of the study

Dr Gallagher added: “Through our previous research and focus group sessions, we established that athletes’ motivations for taking part in the study were both appearance and athletic performance, with many keen to avoid gum inflammation affecting other parts of their bodies, which can happen in serious cases.

“We believe that bringing behaviour change science together with an understanding of the athletes’ and teams’ priorities is key to making changes stick.”

There are a number of reasons athletes are more likely to have poor oral health: physical activity causes a dry mouth, which in the long-term increases risk of tooth decay and gum diseases, along with frequent sugar intakes from normal diet and energy supplements.

Co-author and UCL Centre for Oral Health and Performance lead, Professor Ian Needleman, said: “To compete at the top level elite athletes need to make the most of marginal gains and maintaining good oral health has been proven to have real performance benefits.

“With so many other competing interests, such as training, nutrition, sleep and mental health, it is remarkable to see such great rates of adherence to the new routines in a high-performance environment.”

Zak Lee-Green, a member of the GB Rowing Team and a dentist who took part in the study, said: “As athletes we are acutely aware of the marginal gains required to achieve peak performance and maintaining good oral health is a prime example of an area often overlooked.

“This programme has gone a step further than showing the positive effect of excellent oral health on everyday life and has shown the potential benefits for improved performance, helping us reach the highest levels of sport. It can only be a step in the right direction if the sporting role models of the present and future are managing their oral health in the same way that they do their elite training.”

Dr Nigel Jones, Head of Medical Services at British Cycling, said: “The topic of oral health amongst athletes is an important one, especially as it can be linked to performance. My role with the Great Britain Cycling Team is to ensure the holistic well-being of our cyclists, and as oral health can have a big impact on immune function as well as being important in its own right, I wanted to support this project. The learnings which the riders took from the study have been invaluable and will be deployed across the whole team as we ramp up our preparations for the Tokyo Olympic and Paralympic Games next year.”

This behavioural change study was based on the COM-B model, which identifies sources of behaviour that could provide opportunities for intervention.

Capability (C) that is, the person having the physical skills and knowledge to perform the behaviour, Opportunity (O), that is, access to the necessary materials and social environment such that the person feels able to undertake the new behaviour, while Motivation (M) refers to a person deciding to adopt the behaviour

Researchers believe the bespoke model they have developed could be used for other health promotion needs in elite sport.