Being more socially active in your 50s and 60s predicts a lower risk of developing dementia later on, finds a new UCL-led study. 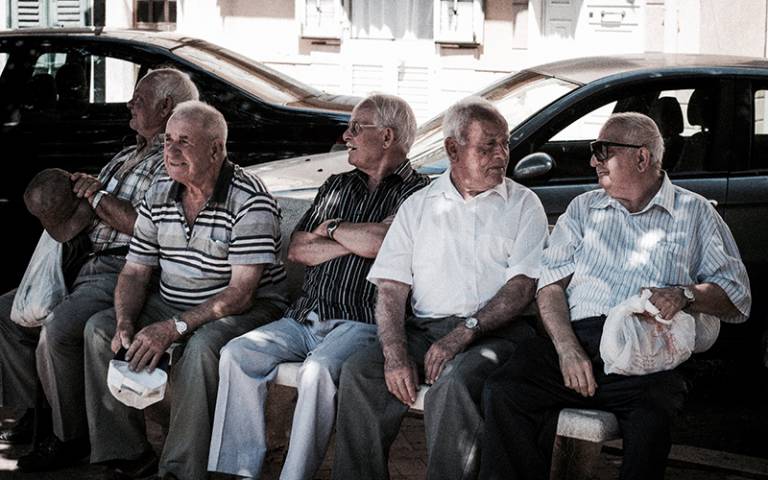 The longitudinal study, published in PLOS Medicine, reports the most robust evidence to date that social contact earlier in life could play an important role in staving off dementia.

“Dementia is a major global health challenge, with one million people expected to have dementia in the UK by 2021, but we also know that one in three cases are potentially preventable,” said the study’s lead author, Dr Andrew Sommerlad (UCL Psychiatry).

“Here we’ve found that social contact, in middle age and late life, appears to lower the risk of dementia. This finding could feed into strategies to reduce everyone’s risk of developing dementia, adding yet another reason to promote connected communities and find ways to reduce isolation and loneliness.”

The research team used data from the Whitehall II study, tracking 10,228 participants who had been asked on six occasions between 1985 and 2013 about their frequency of social contact with friends and relatives. The same participants also completed cognitive testing from 1997 onwards, and researchers referred to the study subjects’ electronic health records up until 2017 to see if they were ever diagnosed with dementia.

For the analysis, the research team focused on the relationships between social contact at age 50, 60 and 70, and subsequent incidence of dementia, and whether social contact was linked to cognitive decline, after accounting for other factors such as education, employment, marital status and socioeconomic status.

The researchers found that increased social contact at age 60 is associated with a significantly lower risk of developing dementia later in life. The analysis showed that someone who saw friends almost daily at age 60 was 12% less likely to develop dementia than someone who only saw one or two friends every few months.

Previous studies have found a link between social contact and dementia risk, but they did not have such long follow-up times, so they could not rule out the possibility that the beginnings of cognitive decline may have been causing people to see fewer people, rather than the other way around. The long follow-up in the present study strengthens the evidence that social engagement could protect people from dementia in the long run.

The researchers say there are a few explanations for how social contact could reduce dementia risk.

“People who are socially engaged are exercising cognitive skills such as memory and language, which may help them to develop cognitive reserve – while it may not stop their brains from changing, cognitive reserve could help people cope better with the effects of age and delay any symptoms of dementia,” said senior author Professor Gill Livingston (UCL Psychiatry).

“Spending more time with friends could also be good for mental wellbeing, and may correlate with being physically active, both of which can also reduce the risk of developing dementia,” added Professor Livingston, who previously led a major international study outlining the lifecourse factors that affect dementia risk.*

Dr Kalpa Kharicha, Head of Innovation, Policy and Research at the Campaign to End Loneliness, said: “We welcome these findings that show the benefits of frequent social contact in late/middle age on dementia risk. As we found in our Be More Us Campaign, almost half of UK adults say that their busy lives stop them from connecting with other people. It’s important we make changes to our daily lives to ensure we take the time to connect with others. We need more awareness of the benefits that social wellbeing and connectedness can have to tackle social isolation, loneliness and reduce dementia risk.”

Fiona Carragher, Chief Policy and Research Officer at Alzheimer’s Society, said: “There are many factors to consider before we can confirm for definite whether social isolation is a risk factor or an early sign of the condition – but this study is a step in the right direction. We are proud of supporting work which helps us understand the condition better – it is only through research that we can understand true causes of dementia and how best to prevent it.

“As the number of people in the UK with dementia is set to rise to one million by 2021, we must do what we can to reduce our risk – so along with reducing your alcohol intake and stopping smoking, we encourage people across the country to get out into the sunshine, and do something active with family and friends.