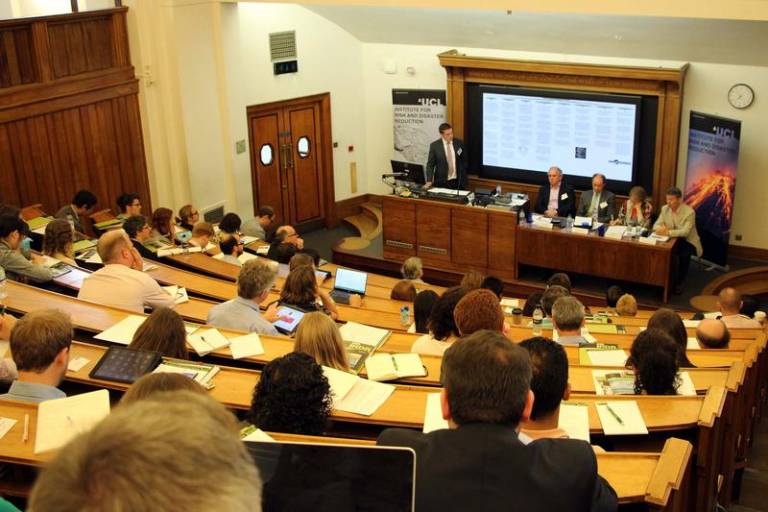 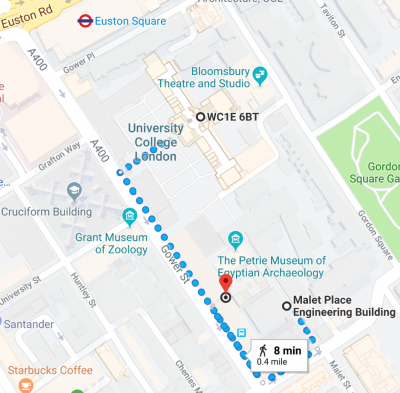 We welcome researchers, practitioners, representatives of NGOs, city professionals and the interested public to a day of thought-provoking discussions where renowned experts from UCL and elsewhere will present the latest research and discuss topical issues in risk and disaster reduction through a combination of talks, panel discussion, conversation, and poster presentations.

The anticipatory approach to disaster studies seeks to understand, guide and inform actions designed to reduce future impacts. However, developing influences such as climate change and environmental transformation make it difficult to predict future impacts. This panel will offer case studies from participants on how they have used strategic foresight approaches to explore emergent conditions in order to guide strategic thinking and decision making. With question and answer opportunities, the panel will demonstrate how communicating futures research activity can benefit a wide range of constituencies, including disaster victims and survivors, disaster risk reduction and response organisations, planners and policy makers, and students.

The Rt Hon. Baroness Frances D'Souza, former Speaker of the House of Lords The Rt Hon Baroness Frances D'Souza, CMG graduated in anthropology from UCL and obtained a DPhil in biological anthropology from the University of Oxford. From 1973 to 1977 she was a Ford Foundation Fellow at the Wellcome Institute of Reproductive Physiology. She lectured at the London School of Economics, Morley College and the City Lit Institute. From 1977 to 1983 she was a senior lecturer at Oxford Brookes University. Baroness D'Souza founded and directed the International Disaster Institute, based in London, and from 1978-1984 she was Editor of 'Disasters', the senior journal in the field of disaster risk reduction. She has worked as an independent consultant for UNDP, UNICEF, the Ford Foundation, Operation Hunger (South Africa), FAO, Save the Children and the UK Overseas Development Administration. From 1989 to 1998 she directed the free speech organisation Article 19, and she went on to direct Redress, the anti-torture organisation. Appointed a Life Peer in 2004, she was Convenor of the Cross Benches for the period 2007-2011 and Lord Speaker from 2011 to 2016. Baroness D'Souza has written scientific, human rights and international development papers, articles and reports in the academic field and journalism. In 2016 she was awarded an honorary doctorate by the University of Hull. Dr Randolph Kent has directed the Futures Project at the Royal United Services Institute since 2017. Prior to that appointment, he directed the Humanitarian Futures Programme at Kings College, London, and was a Senior Research Associate of the college's International Policy Institute. He has served the UN in various capacities, including UN Resident and Humanitarian Coordinator for Somalia (April 2002), UN Humanitarian Coordinator in Kosovo (1999), UN Humanitarian Coordinator in Rwanda (1994-5), Chief of the UN Emergency Unit in Sudan (1989-91) and Chief of Emergency Prevention and Preparedness in Ethiopia (1987-9). In November 2004, Randolph Kent completed a UN-funded project dealing with the UN system's disaster risk reduction capacity, which led to the publication of his 2004 report "Looking to the Future: Practical Steps to Strengthen the United Nations' Relevance and Value-Added in Disaster Risk Management." The report was prepared at the request of the UN International Strategy for Disaster Reduction, the UN Office for the Coordination of Humanitarian Affairs and the United Nations Development Programme. 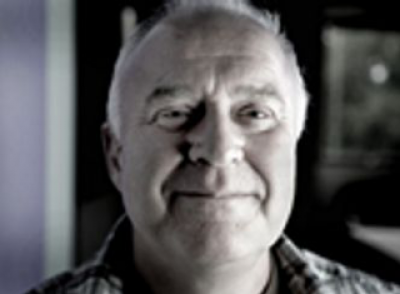 Richard Brettonwas a solicitor in private practice for over 40 years, specialising in litigation involving the management of health and safety hazards.  Since 2009 Richard has studied geology at the University of Bristol and redirected his legal experience towards the governance of risks arising from natural hazards, specific in volcanic and seismic hazards. His publications include "Implications of legal scrutiny processes (including the L'Aquila trial and other recent court cases) for future volcanic risk governance" and "Natural hazards under scrutiny: legal claims arising from the Mount Ontake, Japan eruption, 2014." 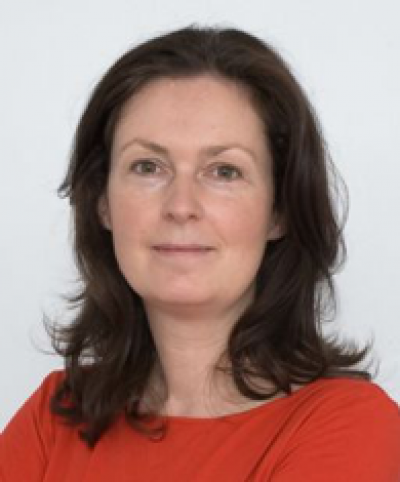 Prof. Lucie M. Green is a Royal Society University Research Fellow based at the Mullard Space Science Laboratory. Lucie is very active in public engagement with science. She regularly gives radio and TV talks and supports her departmental public engagement programme. She is the chair of Governors of the UCL Academy, and the chief star-gazer at the Society for Popular Astronomy. She studies space weather and eruptive activity in the atmosphere of our Sun. Her research includes the study of the evolution of the Sun's magnetic field and how it drives solar activity that then leads to space weather at the Earth, investigation of new techniques to quantify the amount of magnetic helicity ejected by the Sun during coronal mass ejection events.

Ewan Haggarty works for the SKYNET constellation. His career includes numerous roles: spacecraft controller, space trainer and network planner. He is currently with the Spacecraft Management Authority and has worked extensively with the MOSWOC,MOD and UKSA on space weather mitigation operational practices. Ewan Haggarty is a member of InspirePilots; a leading online community of DJI Inspire drone enthusiasts. He is also a member of the DronePilots Network. 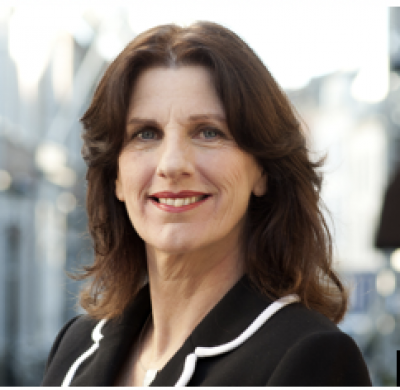 Prof. Dorothea Hilhorst is professor of Humanitarian Aid and Reconstruction at the International Institute of Social Studies (ISS) of Erasmus University Rotterdam. Her research concerns aid-society relations in humanitarian crises and recovery. She heads research programmes on dual disasters, where conflict and natural disaster coincide, and a programme on gender and power in DRC. She was a co-organizer of the 2009 World Conference of Humanitarian Studies in the Netherlands. Her books include People, Aid and Institutions in Socio-Economic Recovery. Facing Fragilities (with B. Weijs and G. van der Haar, London, Earthscan/Routledge); and The Real World of NGOs: Discourse, Diversity and Development. (London: Zedbooks, 2003). Email: hilhorst@iss.nl Twitter: @hilhorst_thea. 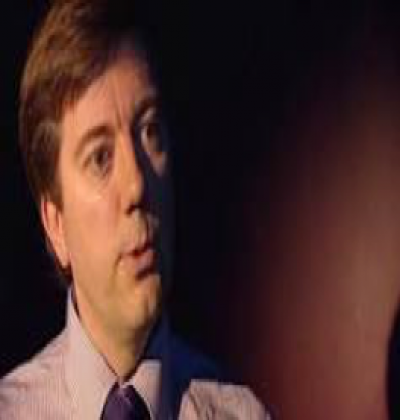 Mr Mark Gibbs has since 2010 been Head of Space Weather at the Met Office: a world-leading provider of weather and climate services. The Met Office supports support to a wide range of sectors, including energy generation, water distribution, transportation with a major focus on aviation, insurance, retail, banking and the environmental.Met maintains very close ties with the UK Government and the public through its connections with media partners and its role in natural disaster contingencyPrior to Mark's appointment as the Head of space Weather, he served as the business manager responsible for relationships between the Met Office and various government clients. He also provides valuable expertise in the development of health forecasting services and has served as the head of the Met Office's Health Forecasting Unit. Dr Andrew Richards, currently works as a Severe Risk and Resilience Analyst with the UK National Grid. Using stochastic mathematical models, he helps mitigate severe risks to the National Grid. The models range from electricity demand forecasts, through price forecast models for the electricity market, to those that analyse extreme events such as space weather impacts. He identifies new and emerging risks, performs statistical analysis on large data sets to identify causal relationships, and builds forecasting models to develop mitigation strategies. Dr Richards works with a wide range of national and international organisations, at governmental level, with European operators, with the scientific academic community in the UK and internationally, and with other key players in the electricity industry. He studied at Cambridge and Heriot Watt Universities and holds a PhD in mathematics. 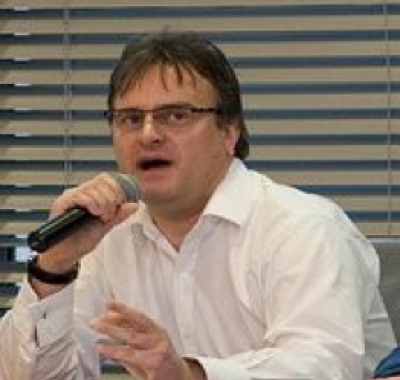 Guy Yeomans is currently consulting on a portfolio basis across several foresight projects in the field of futures research, analysis and insight. These deal with, among other topics, futures business and partnership development and futures engagement, participatory events and outreach. His previous clients include the UK Ministry of Defence's Development, Concepts and Doctrine Centre, the UCL Institute for Risk and Disaster Reduction, the Royal United Services Institute; the University Centre of the Westfjords (Iceland), the EU Directorate General for Communications Networks, the National Council for Voluntary Organisations, the King's College London Humanitarian Futures Programme, 3S4 Third-Sector Foresight, the University of Hull's Department of Politics & International Studies, the Architectural Association's Unknown Fields Division, and the Foresight Action Network. Prior to moving into the futures field, Mr Yeomans was trained as a strategic scenario practitioner. He spent a decade working in the emerging on-line and Internet sector across a variety of enterprises. He is a Qualified Manager for the Prince 2 Project and MSP Programme. He studied International Relations, History and Politics at the University of Leeds. Julian O'Halloran is a writer and broadcaster who has spent most of his career with the BBC, specialising in international affairs, the environment, climate change and energy. He featured on Newsnight, Panorama, Assignment, Correspondent, File on 4, and The World Tonight. He has covered conflicts in the Middle East, North Africa, the Gulf and Central America. In China, he witnessed the military crackdown against students at Tiananmen Square. He reported on the Velvet Revolution in Prague, the collapse of communism across Eastern Europe, and the release of Nelson Mandela in South Africa, and then the dismantling of Apartheid. After been alerted, during an interview with Sir Crispin Tickell, to the scale of global threat posed by climate change Mr O'Halloran began to focus upon energy, the environment and climate change. He has followed the nuclear power industry in Europe and the USA and more recently in Asia. He reported on plans in India to build the world's biggest nuclear power station in an area alleged by some experts to carry moderate to high earthquake risk. He has also focussed on challenges facing fossil fuel producers, including in Britain, European nations and the USA. He studied at Oxford and London Universities.

Tiago Massoni is an associate professor at the Federal University of Campina Grande, Northeast of Brazil. His main research interest is software engineering, in special software architecture and verification, and its applications, including health care, having advised more than 20 graduate students. He currently is the head of Telmo Araujo Technological Innovation Center, which encompasses more than 40 R&D partnerships between the university and companies. 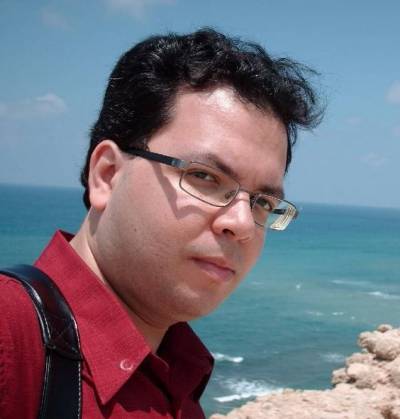 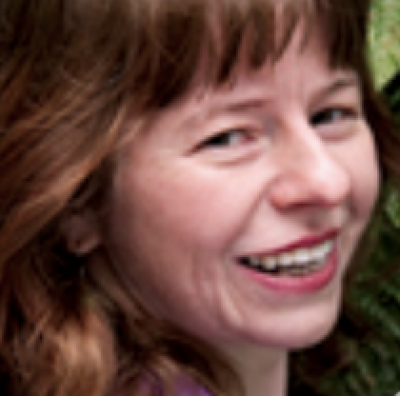 Patty is currently a Senior Lecturer in Digital Health at the Institute for Risk and Disaster Reduction, University College London (UCL). Her previous role at UCL was as Principal Research Associate for ehealth within the Department of Computer Science. In years 2012-13, she held a Research Scientist post at the ISI Foundation in Italy and in June 2014 was appointed ISI Fellow. Recently, she was also appointed a consultant at WHO, ECDC and Foundation Merieux. Patty serves as the Advisory Board member at ECDC Knowledge Management Working Group and the NHS National Knowledge Service TB Pilot project.

We are now welcoming abstract submissions for the research poster session which may be transdisciplinary or technical in nature. This year the theme of the poster session is- "Understanding Disaster Risk Reduction and Humanitarian Response".

Abstracts should include a title, author names and affiliations, and main text no longer than 300 words, preferably without references.

To submit an abstract for the poster session please sent it by email to Katerina Stavrianaki (k.stavrianaki@ucl.ac.uk) before May 31st.

Poster presenters will have the opportunity to introduce their posters by giving a 2 minutes (1 slide) presentation.

This event is free to attend but you have to register via Eventbrite.

Please note that we are not able to support visitor visas for our free events.