We welcome researchers, students, practioners, NGOs, city professionals and the interested public to a day of thought-provoking discussions where our in-house and guest experts will present the latest research and issues in cascading and interconnected risk, through a combination of talks, panel discussion, conversation, and poster presentations. The conference themes and presentations will promote a better understanding of the multidisciplinary components of cascading and interconnected risk.

This session will explore some of the challenges posed by the complexity of modern life in the face of hazards and threats that may cause serious harm or disruption. Modern societies are heavily dependent on networks and critical infrastructure. Despite efforts to safeguard these, sooner or later major disruption is bound to occur, perhaps with seriously damaging consequences. Moreover, disruption can propagate through networks and linked vulnerability states until it creates escalation points, at which consequences are worsened by the interaction of different vulnerabilities. This session will discuss complexity in the management of hazards, risks, threats and disasters, including cyber risks, infrastructure failures, compound hazards, and the complex consequences of terrorism or extreme events with natural causes. It is imperative that we build scenarios for some of the more serious but less likely adverse events so that foresight can be exercised and contingency plans made. The session will discuss the challenges and rewards of scenario planning.

"Hoping for the Best is Not a Sufficient Response if we are Expecting the Worst" by Lord Toby Harris. See full profile below.

The need for multihazard and interconnected hazard risk assessment, education, and warning is increasingly being recognised. For example, an aim of The Sendai Framework for disaster risk reduction 2015-2030 is to increase the availability of multihazard risk information and early warning systems. In this session, we will discuss the progress, challenges and barriers to interconnected and multihazard disaster risk reduction in the context of the built environment. Talks in this session will focus on interconnected and multihazard early warning systems , building vulnerability assessment, and modelling.

Speakers include (see profiles below)

In Conversation on Drones for health emergencies: friend or foe?

Jorieke Vyncke from Médecins Sans Frontières (MSF) will be interviewed by Connie St. Louis on the opportunities and challenges of drones, for example, the lack of regulations, public mistrust due to military use, etc. See Jorieke's full profile below.

Poster session on Assessing and reducing risk from single, multiple and interconnected hazards.

Lord Toby Harris has been Chair of the National Trading Standards Board, which is responsible for delivering national and cross-boundary consumer protection enforcement activity, since May 2013.  He has been appointed as Chair of the Fundraising Regulator, overseeing charitable fundraising, from January 2019.  He is also the UK Coordinator of the Electrical Infrastructure Security Council and chairs the Independent Reference Group for the National Crime Agency.

In 2016, he conducted an Independent Review for the Mayor of London on London’s Preparedness to Respond to a Major Terrorist Incident. At the request of the Minister for Prisons, he led an Independent Review on the Deaths of Young People in Prison Custody.  The report (“The Harris Review: Changing Prisons, Saving Lives”) that was published in July 2015 and is the most substantial review of penal policy for nearly thirty years.  He was also Chair of the Independent Advisory Panel on Deaths in Custody that reports to the Ministry of Justice, the Home Office and the Department of Health from 2009 to 2015.

He was made a Life Peer in June 1998 and is Chair of the Labour Peers. In 2013, he chaired the House of Lords Committee on the Olympic and Paralympic Legacy.  He has been a member of the Joint Committee on National Security from 2016 and previously from 2010 to 2014.  He was also a member of the House of Lords Select Committee that reported on Personal Internet Security in 2007.  He is Co-Chair of the All-Party Parliamentary Group on Policing and an Officer of the Parliamentary Internet and Communications Technology Forum.

Comments by Lord Harris were published recently in the media on topics such as the drone alarm in Gatwick airport and on the status of contingency planning for Brexit. 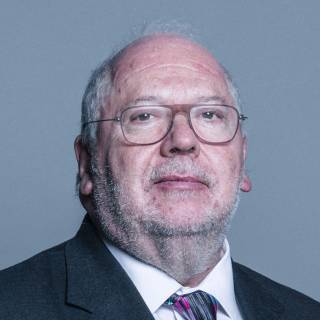 In conversation: Jorieke Vyncke, Coordinator of the Missing Maps Activities at MSF

Jorieke Vyncke leads since 2017 the Missing Maps project at Médecins Sans Frontières (MSF). She is responsible for all Missing Maps activities, such as imagery acquisition, field mapping and the organisation of remote mapping; and gives GIS support to specialists of the MSF Public Health Department.

Prior to this, Jorieke worked as GIS/Digital for Development expert with the Belgian Development Agency –Enabel, and spent a lot of time as consultant and volunteer for the Humanitarian OpenStreetMap Team (HOT) tosupported local OpenStreetMap communities all over the world.

Jorieke graduated from Ghent University in Belgium with an MSc in Social Work and Social Welfare studies and an MSc in Conflict and Development studies. 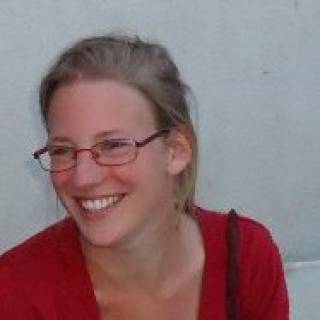 Dr Fiona Twycross is London’s first Deputy Mayor for Fire and Resilience and was appointed to this role, by the Mayor of London, Sadiq Khan, in April 2018. She has been Chair of the London Resilience Forum since 2016. In November 2018, Fiona was appointed Chief Resilience Officer for London a role that involves her overseeing a Resilience Strategy for London in partnership with the organisation 100 Resilient Cities.

Fiona is a passionate campaigner on food poverty and universal free school meals. She produced a report in London on behalf of the Assembly’s Health and Environment Committee, A Zero Hunger City: Tackling Food Poverty in London. Fiona’s work on economic inequality includes the report A Zero Sum Game, on zero hours contracts.

Prior to her election Fiona worked for the health charity Diabetes UK. She is a Trustee of the Encephalitis Society. 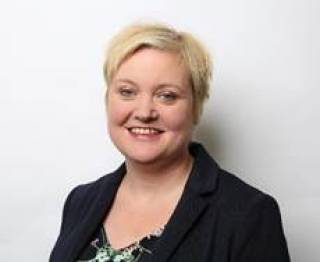 Prof Liz Varga leads the Centre for Infrastructure Systems in UCL’s Civil, Environmental, and Geomatic Engineering department. She has expertise in trans-disciplinary research projects across infrastructure systems (energy, transport, water, waste and telecoms) focusing on sustainable outcomes for the environment, society and the economy. She has experience of system transitions, modelling the effects of interventions from various scales: policy, technology and innovation, and analysing results representing economic, environmental and societal effects. Agnes is the EPRR & BC Training and Exercise Manager for the London Region of NHS-E, while on her secondment. Previously she worked for Public Health England's Office for London as an Emergency Preparedness Manager. Prior to that she was a member of PHE’s National EPRR Team, and also worked for the Suffolk Joint Emergency Planning Unit. Gareth is the operational risk specialist engaged in the design of the replacement for the current Real Time Gross Settlement System (RTGS). His task is to ensure that operational resilience is ‘by design’ and that the people, process, technology and infrastructure elements are in place to enable the integrity and availability of the system despite adversity.
Gareth has had 2 careers so far. The first was 21 years in the UK Royal Air Force ‘survive to operate’ branch (the RAF Regiment) where he had a varied operational career and he gained strategic experience as the lead for nuclear, biological and chemical defence during a Gulf War campaign.
His second career started in 2002, as a resilience advisor for clients of March McLennan, Ernst and Young, KMPG and as an independent. Gareth has designed and led over 120 assignments, including leading the design of the UK national command and control exercise for the 2012 London Olympics.  While most of Gareth’s work has been involved with ‘normal’ operational risks he has also worked on critical national infrastructure issues. His work has been across a wide variety of sectors, enterprises and countries. Much of his work has been connected with design and delivery of crisis management operating models for major organisations. Gareth has led debriefs and investigations into failures. He has a keen interest in organisational learning, situational awareness and case studies to find new and novel aspects of contemporary crisis and system failures. He also has a wider interests in the health emergencies and existential risk of ‘sun blocking’ scenarios, impacting on food production. 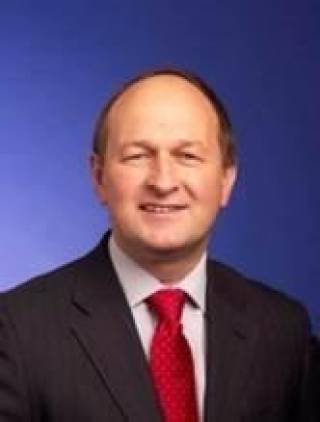 She has project managed to successful completion  a large number of international research projects generating significant research outputs. She has secured a number of significant, high profile grants including EC funded ASCENT (Advancing Skill Creation to ENhance Transformation) with 16 international partners, CADRE and CASCADE. ASCENT aims to address R&I capacity strengthening for the development of societal resilience to disasters. In January 2014, she was invited by the European Commission to formally launch their Horizon 2020: the new EU Framework Programme for Research and Innovation in South Asia.

Among several other leadership roles, she is the Chair of the United Nations Working Group on Words into action on Accountability and Governance. She is a member of the Steering Committee of the UNISDR "Making Cities Resilient" Campaign. Her outstanding contributions, publications and services to the disaster resilience and management have been recognised with numerous international awards and prizes. 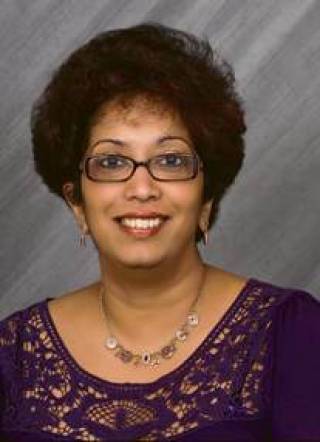 Professor Dina D'Ayala is Head of Civil Engineering and Co-director of the EPICentre research centre.  She is a structural engineer with a humanities background and her research focus on resilience of structures and infrastructure to natural hazards. She has 25 years’ experience working with international agencies in countries such as Nepal, Jordan, Turkey and Philippines, and has produced Guidelines for DfID and World Bank on resilience of hospital and school infrastructure.  She is joint editor of the Bulletin of Earthquake Engineering and Director of the International Association of Earthquake Engineering.

Dina leads the PRISMH (Philippines Resilience of schools to multihazard) project. This British Council funded project has co-investigators Dr Carmine Galasso (UCL EPICentre) and Dr Joanna Faure Walker (UCL IRDR), with partners from De La Salle University and Xavier University in the Philippines. The project aims to develop an advanced resilience assessment framework for school infrastructure subjected to multiple natural hazards in the Philippines. The project investigates the effectiveness of buildings retrofit measures and social preparedness measures as means of preventing casualties, reducing economic losses and maintaining functionality of the school infrastructure and its role within the community in the event of natural disasters. In particular the project addresses risks from seismic, wind and flood hazards. The resilience assessment protocol will be used by civil protection and school authorities to improve their preparedness and implementation.

At the UCL IRDR 9th Annual Conference, Dina will speak in the session on "interconnected hazards and the built environment: assessment and modelling". Hugo is the manager of the Environment and Natural Hazards team at the EDF Energy R&D UK Centre. He is managing the programs on extreme weather, coastal flooding, climate change, marine biofouling and space weather which are delivered in the support of low carbon generation assets across the UK, France and China. He recently was the Chief Technical Officer for the £1M Energy Technology Institute funded project Enabling Resilient UK Energy Infrastructure: Natural Hazard Characterisation Technical Volumes and Case Studies which set our good practice on how to characterise different natural hazards and their impact on UK energy infrastructure. Hugo’s expertise is foremost in extreme value statistics applied to environmental problems. Hugo joined EDF Energy as a research engineer after undertaking a PhD in statistics at Lancaster University where he modelled the intensity and duration of heatwaves using statistical models.