The San Francisco Declaration (DORA) aims to reform the way academic research quality is assessed and measured. UCL is committed to principles of DORA and working with partners to implement them.

In 2015, UCL signed the San Francisco Declaration on research assessment; which acknowledges weaknesses in the use of the Journal Impact Factor (JIF) as a measure of quality, since this measure relates to journals as a whole and not to individual articles. Recognising that research results in outputs other than journal articles, DORA also attempts to identify new routes to research evaluation.

Implementation and monitoring of DORA at UCL

UCL has a clear plan for developing policy and practice in this area. It has already delivered a Bibliometrics policy which was signed off by UCL Academic Committee in Spring 2020, which is fully aligned with DORA and the Leiden Manifesto and which has been hailed as ‘sector leading’. UCL has also developed a Careers Framework, which is fully aligned with Open Science practices. It has made Open Access to research outputs mandatory for all UCL researchers from Grade 7 to Grade 10.

UCL also holds frequent Open Science meetings and webinars, where the implications of implementing DORA are assessed and shared with the UCL community. There is also an Open Science blog and a large collection of relevant materials on the UCL Open Science website. Online training on Next Generation Metrics is available and DORA features in regular pan-UCL induction sessions for researchers new to UCL. 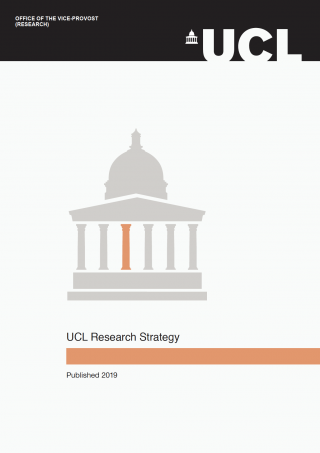