The evolution of leukaemia

Professor Tariq Enver and colleagues have identified the cell that gives rise to acute lymphoblastic leukaemia (ALL) in children - and have generated new insights of importance well beyond childhood cancer.

Childhood cancers are thankfully rare, but can have a devastating impact on family and friends. That alone is a good reason to study them, but there is also reason to believe that they are genetically more tractable than other cancers and may illuminate principles of cancer development of more general significance.

Cancer is a disease in which cell-fate decision-making is disrupted. Cancer cells have much in common with stem cells, particular the capacity for self-renewal. But while the progeny of stem cells differentiate into specialised cell types, those of cancer cells do not, leading to the damaging accumulation of partially differentiated cells.

ALL is an excellent model for examining disrupted cell-fate decision-making. For a start, it is genetically simple - it is associated with only eight or so recurrent mutations. Furthermore, researchers have nailed down a frequent first step in the journey towards cancer - a rearrangement creating a fusion gene known as ETV6-RUNX1 (and as TEL-AML1), seen in a quarter to a third of all childhood ALL.

A fundamental question is why certain cancers, including ALL, are found only in children. Professor Enver reasoned that this was because initiating or 'first hit' mutations such as ETV6-RUNX1 had to occur in a cell type present only in early development. He and Professor Mel Greaves devised an ingenious experiment to identify this putative cell of origin.

The pair hypothesised that the first hit mutation occurred in utero, but only after further mutations had accumulated after birth would ALL actually develop. If they could find twins who had shared a placenta in utero, where only one of the twins had developed ALL, then the ancestral cell carrying the ETV6-RUNX1 fusion gene might still be present in the second twin.

Remarkably, the team was able to locate such twins, and discovered ETV6-RUNX1-carrying cells in the unaffected twin [1]. The fact that these cells and the ALL cells showed identical rearrangements of antibody genes confirmed that they shared a common origin.

To analyse this putative cell of origin further, Professor Enver needed to identify a suitable source of cells - and induced pluripotent stem (iPS) cell technologies have come to the rescue.

Professor Enver reasoned that the cell he was after would be present during fetal but not adult life, would show specific antibody gene rearrangements and, although clearly a B cell, would also show some traits associated with myeloid cells (the sister lineage of lymphocytes), as these persist in ALL cells. By isolating cells from first trimester fetal liver, he was able to identify early B cells fulfilling these criteria [2].

Using iPS cell methodologies, he was also able to generate a plentiful supply of these cells in culture, showing that they shared the same key properties as the fetal cells. In addition, he could introduce the ETV6-RUNX1 mutation using CRISPR-Cas9 genome-editing techniques, and showed that the fusion gene blocks the normal differentiation of the precursor B cell. Stuck in a state of suspended animation, the cell persists long after the window in development when it is usually present, generating a long-lasting population of cells vulnerable to further cancer-causing mutations.

Being able to generate the early B cell has opened up further opportunities to dissect the mechanisms of cancer development. Professor Enver is now engineering the other mutations implicated in ALL development into these cells, which should reveal the 'roadmap' to cancer development - and may suggest the most suitable target for intervention to halt ALL in its tracks.

He is also examining the properties of the ETV6-RUNX1-carrying cells, to see if they have any vulnerabilities that would allow their selective elimination. The ETV6-RUNX1 mutation is surprisingly common - one in every 100 babies is born with it, but only one in every 100 of these babies goes on to develop ALL. If ETV6-RUNX1-carrying cells could be eradicated, ALL could be entirely prevented. The drawback is that 99 babies that would never have developed ALL would need to be treated to prevent each case.

The role of evolution

ALL has illuminated a further key aspect of cancer. While it has long been known that multiple mutations were needed to generate cancer, it was widely assumed that these mutations arose sequentially, creating a succession of ever more cancerous cell types.

However, Professor Enver and Professor Greaves realised that cancer cell proliferation was the equivalent of 'survival of the fittest' - but evolution is a branching rather than linear process. Indeed, by examining cancer cells from the same patient, they were able to show that each patient contained clones of cancer cells with different combinations of mutations. These could be placed in a family tree showing how they were related to one another and to a common ancestor [3].

This landmark study established the principle of intratumour heterogeneity, subsequently demonstrated in solid tumors by Professor Charles Swanton. The discovery has profound implications for treatment. Not only does it suggest that patients do not have one cancer but multiple forms, but it is also argues that elimination of dominant clones will inevitably promote the expansion of surviving minor clones, leading to recurrence of disease.

Finally, Professor Enver's work on ALL has highlighted yet another key feature of general importance to cancer. Back in 2013, he showed that chemotherapy was killing actively dividing cells but sparing quiescent or dormant cells, which could 'reawaken' and trigger relapse [4]. Unfortunately, dormancy appears to be yet another feature shared across cancers that makes the condition so challenging to treat. 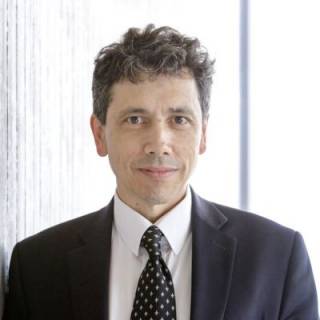