Professor Robert West and colleagues are generating key evidence on the best ways to reduce the prevalence of smoking - the single biggest preventable cause of cancer.

Nearly 36,000 people die of lung cancer in the UK each year, and nearly 90% of cases are preventable - most notably, if people stopped smoking.

The WHO's Framework Convention on Tobacco Control summarises the evidence-based policy options available to countries to reduce the prevalence of smoking. These encompass approaches to prevent people picking up the habit and strategies to help those who have started to stop. The main focus of Professor West is the latter - encouraging and supporting smokers in their attempts to quit.

Central to his group's work is the evaluation of large-scale policy initiatives to encourage quitting, such as the creation of smoke-free zones, increasing the age of tobacco sales and the introduction of standardised packaging. These evaluations are aided by a nationwide surveillance programme, the Smoking Toolkit Study. Launched in 2006, the study carries out monthly surveys of large, nationally representative samples of households to gain insight into smoking patterns and quit attempts. Respondents are followed up for a year, adding a longitudinal dimension.

The high temporal granularity of data enables the impact of specific policy initiatives to be assessed. For example, the Study's data found that the 'Stoptober' campaign, launched in 2012, was linked to an increase in quit attempts both in comparison to previous months in the year and to previous Octobers. The campaign was estimated to have generated 350,000 additional quit attempts. With robust evidence available on the likelihood of these being successful and the health gains achievable due to quitting, the health benefits could also be estimated - 10,400 discounted life-years, making the initiative highly cost-effective [1].

The Study has also shed light on longer-term trends, such as the use of e-cigarettes and their potential impact on quitting. Notably, while e-cigarettes have not been found to increase the numbers of quit attempts, they may improve the success rate of those attempting to quit [2, 3], confirming at a population level the impacts seen in clinical trials.

Complementing these epidemiological studies, Professor West has also been involved in landmark trials evaluating pharmacological aids to quitting, such as nicotine replacement therapy and varenicline, a drug that reduces the cravings for tobacco products and the pleasure obtained from them. The latter appears to be particularly effective at supporting quit attempts [4]. Although concerns have been raised about possible side effects, the trials found no evidence for increased risk of neuropsychiatric side effects, even in people with neuropsychiatric conditions [5], or of enhanced cardiovascular risk [6].

With good evidence available of interventions that work, Professor West works closely with policymakers and service delivery bodies to promote uptake of evidence-based approaches. As well as close ties with the Department of Health and Public Health England, he works with the national Stop Smoking Services network, which offers support to smokers attempting to quit. With Directors of Public Health across London on Stop Smoking London, his group has also developed a web portal enabling smokers to access local Stop Smoking Services, to obtain a prescription for a stop-smoking medicine from their GP, or access evidence-based self-help materials according to their preferences. As well as this portal, his group has also developed and begun evaluating other digital tools to support quitting attempts.

Underpinning these activities is an interest in the psychological processes that influence two key aspects of quitting - the motivation to make an attempt at quitting and the success of quitting once someone has made the decision to quit. Notably, the factors affecting these two aspects are quite distinct: quit attempts are generally motivated by concerns about health and cost, and to a degree factors such as social disapproval. However, these have limited impact on quit success rates, which are much more dependent on the degree of nicotine addiction [7].

These insights provide important pointers to the design of interventions targeting either the motivation to quit or the success of quit attempts. Notably, points out Professor West, the UK has achieved relatively good quit rates, particularly among those using Stop Smoking Services, and the prevalence of smoking in the UK is continuing to fall. However, the numbers of people attempting to quit each year - around 35% - could be much higher. A major challenge, therefore, is to increase quit attempts, as well as the uptake of services that make it more likely that such attempts will be successful. 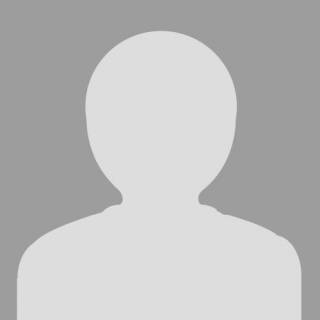