CAR-T cell therapies - in which a patient's T cells are engineered so that they recognise and kill cancer cells - are providing an exciting new way to treat blood cancers. Although solid tumours present additional challenges, the CAR-T cell approach may offer a much-needed new option for children with difficult-to-treat cancers affecting the nervous system, including brain tumours.

Working with Dr Martin Pule and Professor John Anderson, Dr Straathof has developed a CAR-T cell therapy specific for neuroblastoma, a cancer of the sympathetic nervous system that typically affects children at around 18 months of age. Around half of children are affected by an aggressive form requiring intensive treatment with chemotherapy, surgery and radiotherapy; even then, survival rates are only around 50%.

As well as providing a new option for children who have not responded to traditional treatments, or in whom cancer has recurred, the CAR-T cell approach may also offer a 'kinder' alternative that avoids some of the longer-term impacts of intensive treatment, such as problems with growth, hormone function and fertility.

Dr Straathof's CAR-T cell therapy is based on a chimeric T cell receptor that recognises a surface antigen specific to neuroblastoma, a structure known as GD2 [1]. Encouragingly, in an escalating dose study being run at Great Ormond Street Hospital, promising clinical responses have been seen at higher doses in children with neuroblastoma who have not responded to earlier treatment [2].

Compared to leukaemia, higher doses of CAR-T cells may be necessary because tumour cells are less accessible to circulating immune cells. The tissue surrounding solid tumours also contains cells that shield cancers from host immune responses. The neuroblastoma trial is therefore also examining how well CAR-T cells multiply and how they are affected by these cancer defences, to inform the design of the next generation of CAR-T cell therapies.

For some brain cancers, CAR-T cell therapy is not yet possible because suitable target antigens have not been identified. To select targets, Dr Straathof and colleagues are exploiting the fact that childhood cancers are typically caused by abnormalities in development, with genes being expressed at the wrong times or in the wrong place. Focusing on a brain tumour currently lacking a curative treatment - diffuse intrinsic pontine glioma (DIPG) - Dr Straathof and colleagues are comparing gene expression in tumour biopsy samples and normal tissue from a similar developmental stage, to identify genes that are differentially active in the cancer cells. Candidates identified in this screening exercise are being investigated further, to see if any code for cell surface proteins that could be targeted by CAR-T cells.

Alongside CAR-T cells, Dr Straathof is also pursuing a related therapeutic route, 'bi-specific T-cell engagers' (BiTEs). BiTEs combine two antibody recognition structures - one end binds specifically to a tumour antigen while the other recognises a component of the T cell receptor. BiTEs therefore also exploit the destructive potential of T cells but do not require engineering of T cells, so there is more scope to use them 'off the shelf'. Dr Straathof and colleagues have begun pre-clinical testing of GD2-based BiTEs for treatment of neuroblastoma.

Preclinical models that recapitulate both the tumour itself as well as the immune system provide valuable tools to gain insight into how to best use CAR and BiTE treatment approaches and where combination with other treatments provides added benefit. Advanced imaging techniques can be used to track both homing and proliferation of T cells as well as the response of tumours. As well as dosing, such work can explore different delivery options such as injection into the bloodstream or directly into tumour sites, to inform the design of clinical trials. 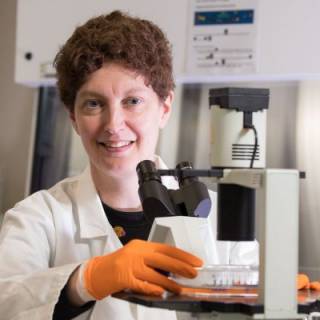