Professor of the Humanities

The founding director of the Sarah Parker Remond Centre for the Study of Racism & Racialisation, is Paul Gilroy who has been described as one of the foremost theorists of race and racism working and teaching in the world today. He is the author of several highly influential books There Ain’t No Black in the Union Jack (1987), The Black Atlantic: Modernity and Double Consciousness (1993), Against Race (2000), Postcolonial Melancholia (2005).

Gilroy’s is a unique voice that speaks to the centrality and tenacity of racialized thought and representational practices in the modern world. He has transformed thinking across disciplines, from Ethnic Studies, British and American Literature, African American Studies, Black British Studies, Trans-Atlantic History and Critical Race Theory to Post-Colonial theory. He has contributed to and shaped thinking on Afro-Modernity, aesthetic practices, diasporic poetics and practices, sound and image worlds.

Gilroy won the Holberg Prize in 2019. It is given to a person who has made outstanding contributions to research in the arts, humanities, social science, the law or theology, he was described by the awarding committee as ‘one of the most challenging and inventive figures in contemporary scholarship’. He has transformed the canon of political and cultural history, making us aware of how the African diaspora – spurred into motion, largely, by racial slavery – was an extra-national, socio-political and cultural phenomenon which challenged essentialist conceptions of country, community and identity, and what is more, was constitutive of modernity. Gilroy was one of the founding figures of a remapped global history that embedded the movement of racialized subjects and traded goods into accounts of the world as we know it. His work on racism in modern Britain has consistently countered romantic narratives of whiteness, Christianity and ethnic homogeneity as uniquely constitutive of these islands and has written the long history of Black Britons into the cultural and social fabric of Britishness. Using philosophy, sociology, musicology, literature, history and critical theory, he has breathed new life into the humanist tradition, extending it to include scholarly and political discourses on race and anti-racist polemic. 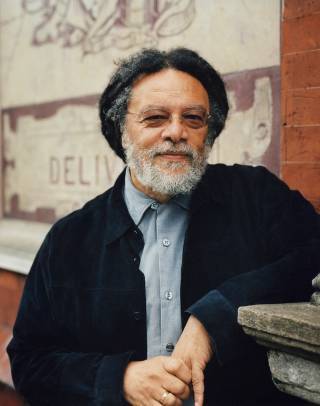