Adam Elliott-Cooper is a research fellow in sociology at the University of Greenwich. His research interests include policing, anti-racism, colonialism and postcolonialism. His current research focuses on resistance to racist state violence in 21st century Britain, with an interest in how this resistance is shaped by histories of imperialism and anti-imperialism. Additional areas of Adam's research includes an interest in housing and gentrification.  Adam received his PhD from the School of Geography and the Environment, University of Oxford in 2016. He has previously held positions as a researcher at UCL's Department of Philosophy and KCL's Department of Geography, as well as a teaching fellow post in Warwick's Department of Sociology.

He has published on anti-racism and policing in Ethnic and Racial Studies, Antipode and City, as well as on housing and gentrification in Progress in Human Geography and Sociological Review. He has a forthcoming article in South Atlantic Quarterly analysing the Black Lives Matter movement in Britain, forming part of a special issue on Black Lives Matter scheduled for publication in 2022. His journalistic writing has appeared in The Guardian, Verso Blog, ROAR, Open Democracy and The Voice. Adam also regularly appears on podcasts and broadcast news discussing policing, anti-racism and racism in Britain.

Adam's first monograph, Black Resistance to British Policing, will be published by Manchester University Press in May 2021. He also has a co-authored book, Empire's Endgame: Racism and the British State, written with seven other academics, published by Pluto Press in February 2021.

Adam sits on the board of The Monitoring Group, an anti-racist organisation challenging state racisms and racial violence. 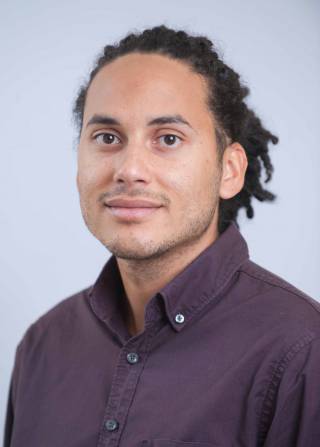